Shahid Kapoor, who is busy with shooting commitments including Kabir Singh, recently spoke to the media during a fashion event. The actor walked the ramp along with Befikre actress Vaani Kapoor and coincidentally it was during that time when the picture of his daughter Misha sporting hair colour went viral. While his wife Mira Rajput also spoke about it, Shahid decided to give a response for it at the recently held event. When one of the media personnel quizzed Shahid about his reaction, here’s what he had to say! 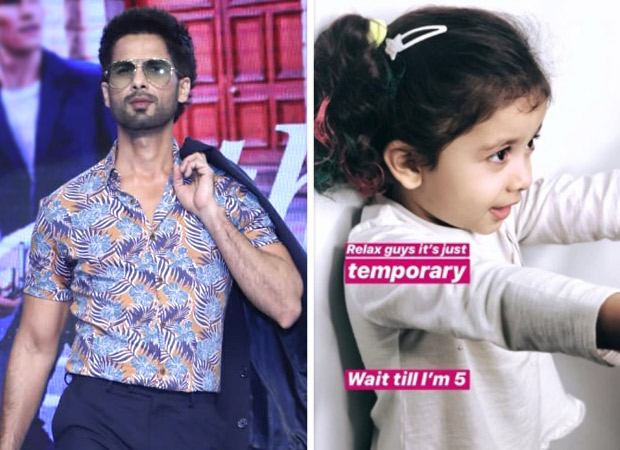 In fact, Mira got heavily trolled for colouring the hair of a toddler and Shahid Kapoor recently reacted to the same to the media who were present during the event. While his sarcasm left the audience surprised, the actor responded to many questions in a similar manner, the ones that were related to the event and also others.

Besides that, the actor also answered a few questions on fashion etc. during the event.

On the work front, Shahid Kapoor is gearing up for Kabir Singh in which he will essay the titular character. The film, directed by Sandeep Vanga, is a remake of Telugu blockbuster Arjun Reddy and features Kiara Advani as the leading lady. Besides that, the actor is also prepping to play a boxer in Raja Krishna Menon’s next, which is a biopic on Indian boxer Dingko Singh.