Bollywood superstar Shah Rukh Khan turned 53 on November 2 and rang in his birthday with the trailer launch of Zero. As the movie is one of the highly awaited films of the year, the launch was a grand one at an IMAX theatre in Mumbai. While the trailer was loved by the fans, netizens were quick to pick up the best of the dialogues from the now-viral trailer and make the most of it. 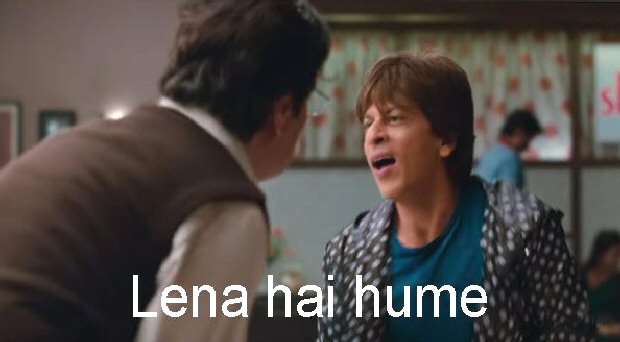 Bank executive *calls* : Sir we are offering a loan..

Girl : I love him

Friend : but he is from Lovely Professional University

Me going through the whole restaurant menu before ordering the same dish I always do#ZeroTrailer pic.twitter.com/ZEQurF0sKR

Me: I am a well educated person

You vs The girl he told you not to worry about#Zerotrailer #zero trailer pic.twitter.com/DkyDIZ4hCa

Zero is a story that celebrates life, featuring Shah Rukh Khan as the adorable vertically challenged man in an unusual tale. The film is set to have many cameos including Salman Khan, Sridevi, Karisma Kapoor, Kajol, Madhuri Dixit, Kareena Kapoor Khan, Alia Bhatt and Rani Mukerji. It will also see Jimmy Sheirgill and Abhay Deol in guest appearances too. It is set to release on December 21, 2018.