Amidst all the cheeky birthday wishes for Shah Rukh Khan, we bet Rithvik Dhanjani was the wittiest, King Khan would approve.  It was November 2 yesterday, nothing monumental historically happened on this day, except for the fact that is celebrated like a festival each year by most Indians, reason being the Bollywood superstar’s humongous fan following across the globe in moviegoers celebrating his birthday. 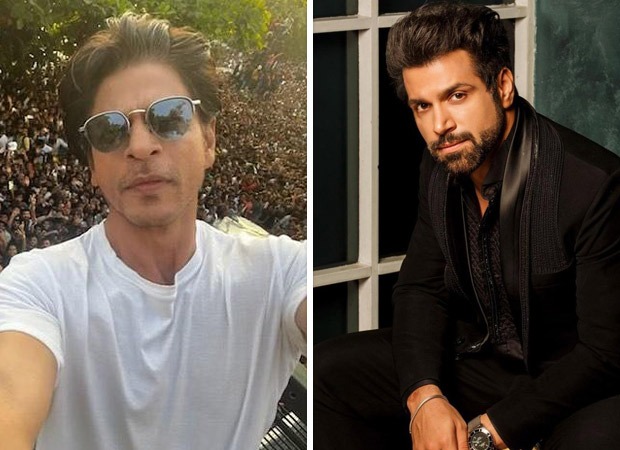 Shah Rukh turned 57 yesterday. While his peers, young actors, millennials & Gen Z generation took to social media to post their birthday wishes for the superstar with some of the sweetest things, actor & anchor Rithvik Dhanjani who has impeccable comic taste; put out a birthday wish for King Khan but in his style & we can't stop laughing.

Rithvik was filming his next with Shilpa Shetty and the two put out a video wishing Shahrukh in a cryptic message. Watch the video & wait till the end for the big twist.

On the other hand, Shah Rukh Khan took to Instagram to share a video from his birthday when fans flooded the streets outside Mannat to catch a glimpse of the superstar. In fact, the crowd cheered as the actor surprised everyone by meeting them at midnight to kick off his birthday celebrations. However, it did not stop there since the crowd continued to be there until the next morning.

Seeing their love, the actor posted a lovely video of how fans celebrated his birthday with him on Instagram, along with a special caption that is dedicated to them saying, “The sea of love as I see it. Thank u all for being there and making this day ever so special. Gratitude…and only Love to you all.”