Just a day ago, tinsel town celebrated the birthday of one of its biggest stars, Shah Rukh Khan, who is not just a Bollywood star but a global icon. While many of his colleagues and fans posted their birthday wish on social media, recalling the times they spent with the actor, here’s another actress who was a part of one of his biggest hits, Chak De! India. Talking about how SRK will always remain the ‘coach’ for her, Vidya Malavade opened up about how he took them to watch Don during the shoot schedule of the film in Australia. 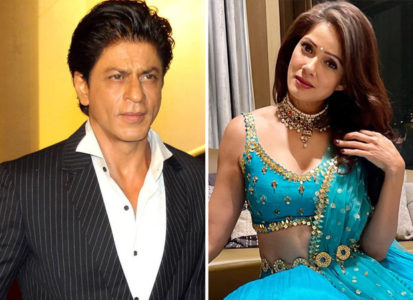 Audiences may recall her role as the ‘Captain’ of the Indian Women’s Hockey Team in this sports drama which featured Shah Rukh Khan as coach Kabir Khan. Vidya Malavade along with the rest of the team of Chak De! India were shooting in Australia for the film and that’s when another film of Shah Rukh Khan had hit the big screens. It was the popular film Don, which also starred Priyanka Chopra as his leading lady. Recalling those days, Vidya said in an interview with Free Press Journal, “I remember when he came to Australia for Chak De! India shoot, his film Don had just released. He came and asked us 'tum ladkiyon ne meri film nahi dekhi abhi tak aur yaha sirf shoot kar rahe ho?' He then took all of us out for the film. Shah Rukh took us out partying and he also enjoyed being with us in our hotel."

Furthermore, the actress also spoke about how the girls had learnt so much about acting and life from the superstar. Referring to him as a ‘sweet father figure’, Vidya continued, "He'll always be coach Kabir Khan for us. I wish him a beautiful birthday full of surprises, happiness and love. Thank you for always being so amazing, on camera and off camera. I still remember how much you helped all of us just by your presence and by telling us what to do and what not to do in front of the camera during the shoot. It was a fantastic learning experience for each one of us. We called him 'papa' when he was not around because we all felt he was a sweet father figure to all of us, just guiding us through the beautiful film that we've made together. Thank you for all the incredibly beautiful memories that make me smile every time."

Also Read: Burj Khalifa has the most iconic wish for Shah Rukh Khan on his birthday; watch video