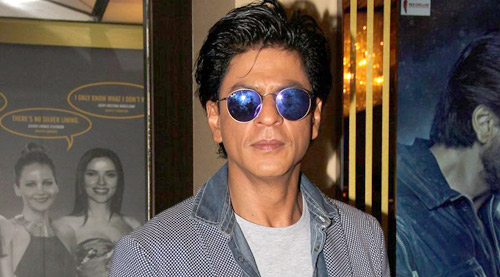 The recently held trailer launch of Shah Rukh Khan's next release Fan was an event to remember, with crowds thronging the venue, Yash Raj Studios, which incidentally threw its gates open to welcome fans. At the event which also doubled up as a press conference ever the entertainer, Shah Rukh Khan not just enthralled the audience but also made it a night to remember.


In fact, keeping to the theme of the film the actor recounted his first ever experience of meeting his fans. Talking about the same Khan said, "It was a long time back and I didn't know if I had fans or not. But the first time I got know that I am known was when I was driving in a three wheeler in Delhi opposite Panchsheel road, and I think there were two women, mother and daughter or sisters, I guess, and my scooter crossed them and both of them shouted 'Abhimanyu Rai'. This was the first time someone had called out to me like that, and after that for the next two years everyone called by Abhimanyu or Abhi. So basically this was the first taste I got of people recognizing me on the road through those two ladies. Now I don't know where they are, but if they remember that they screamed at me ages ago, a big thank you for making me feel like a star at that point of time."


As for the film, Fan that is directed by Maneesh Sharma will feature Shah Rukh Khan in a double role playing a superstar as well as a common man Gaurav. Produced by Yash Raj Films, the film traces the journey of Gaurav who is obsessed with the superstar. The film is slated to release on April 15, 2016