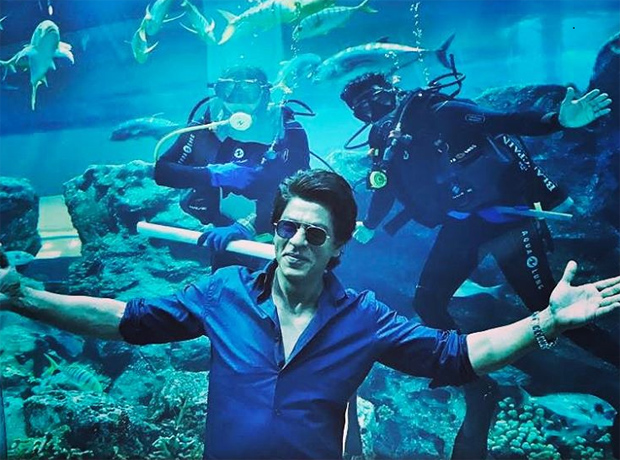 Every fan of Shah Rukh Khan knows his classic signature pose. Many try to imitate him but no one comes close to SRK. The actor is currently in Dubai to shoot a short film for Kabir Khan.

Whilst in Dubai, Shah Rukh Khan visited an aquarium. He did his signature pose while in front of the aquarium when two scuba divers immediately floated in when they got to know that SRK is getting clicked. He captioned it, "It was just the fish & me...till these photo bombers floated in!!"

Jacqueline Fernandez pairs her casuals with…