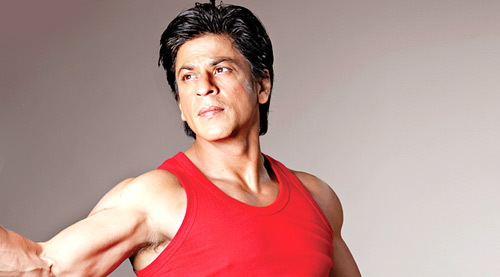 2015 has kick-started and there is good news for Shahrukh Khan fans as there are indications of his film with Rohit Shetty going on floor in quick time and then hitting the screens before the close of year. While whispers are on that it could well be in the Christmas weekend, one awaits an official announcement. Meanwhile, one also waits for the new release date of his Fan, which has now been moved ahead from its original plan of Independence Day arrival.

However, before these two films arrive, Shah Rukh Khan would be pretty active with IPL as well as the shoot for Raees. With anticipation of yet another successful year for the Superstar, we get talking to the man, who has been around for almost a quarter of a century now, on what success truly means to him.

In his own words - Shah Rukh Khan.

On his self-assessment of success

I can always say that I was the right guy at the right place at the right time. Yes, there are many out there who have analyzed that this or that must have happened in my life which made me reach where I am. But then, perhaps there is something more as well which I can't explain. Also, I have learnt that the success I am seeing is not final after all, just like failure which is not ultimate. Failure as well as success is very relative; I have faced it very often. It is mostly exaggerated.

However cushy success stories may sound, the fact is that how one gets there is inexplicable. Similarly, retaining it is a challenging task as well. Jab log kehte hain ki 'mehnat se kaam karo, fal milega', it is not a cliche! It is a fact that you just need to work hard. Also, there is no end to success. Hence, if you give it a material end then it would end too soon. You can't describe it or explain it; you just need to feel it.

On making use of success

I will tell you something; I have enough money, a good house, a great office and some great people around me. Everything that people aspire to be on this earth, I have that. Still, I don't think that I am successful. There is a lot more that I can create or return now. In time to come, I would like to make a great studio and create some great technology. Success is true only when I can create something out of it.

On teaching his children about success

I don't think I can teach my success story to anyone. I can assure you that the same response would come from other people who are successful.Yes, they can talk about the craft and the technique but not the essence of success. I have really no idea if I can pass it on to my children. I don't know how it would be useful to them, even if I tell them to do exactly what I did or how I walked away from something or how I begged to get hold of something. There is no assurance that if I talk to anyone about the path I followed for myself, it would lead others too towards success. It is just not possible.