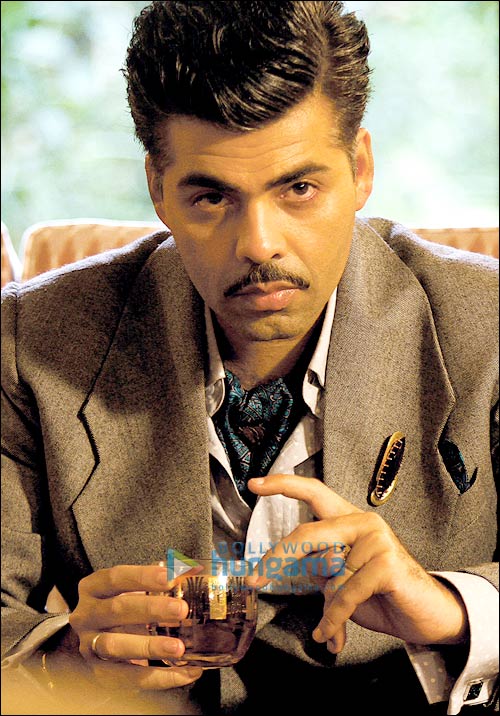 Welcome the new evil villain in Bollywood, Karan Johar, who will be seen playing the character of Kaizad Khambatta in Anurag Kashyap's Bombay Velvet. Said to be an extremely dangerous character - someone who stops at nothing to get to what he wants; Karan plays the arch-enemy of Ranbir Kapoor. The film that also stars Anushka Sharma. Devious, manipulative and cunning Khambatta doesn't take no for an answer and his way is the only right way for him.

As for the film, Bombay Velvet revolves around the character of Johnny played by Ranbir, who desires to be a big shot in life and falls head-over-heels in love with Rosie (Anushka). Produced by Phantom in association with Fox Star Studios, Bombay Velvet is slated to release on May 15.