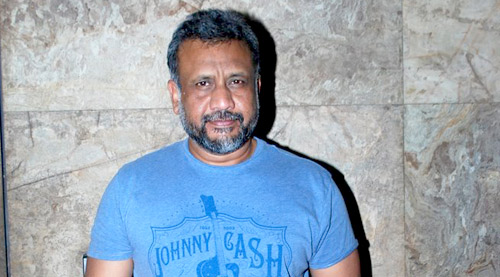 I am not writing this because like most I must have an opinion too regarding AIB ROAST. I am writing this because ever since I saw the episodes on the day of the release, something about it has been troubling me. Please remember, that very evening, there was no controversy. So clearly I was not affected by external reasons. I didn't clearly know if I was offended and honestly I did not even think enough about being so. I laughed a lot. I thought it was mostly very funny, I thought it was courageous of celebrities to participate in something that's been essentially underground. But something remained with me. Something uncomfortable. I didn't and couldn't figure what. The next day the controversy erupted when a lot of people found it offensive.

So, what is 'offensive'? Dictionary says Offensive is 'Causing someone to feel upset, resentful or annoyed'. So obviously, going by the protests, written or otherwise, some people are 'offended'. No two ways about it. Like I said I wasn't sure if I personally was offended, more about my personal feelings later because I have now figured them.

The first question first. What is AIB? The full form is All India Backchod. Backchod is a commonly known and used slang and it harmlessly means 'Meaningless talk'. One sample use would be "Come home this evening, we will hang and do some Bakchodi". Let's not miss the fact Bakchod includes another slang C**D that means 'to f**k' and obviously it is a very popular slang it is like potatoes of slangs, you can use it anywhere. Examples would be Madar'***d', Behen'***d' etc etc. By the way Beh*****d and its varied usage as a slang is something one could write a separate blog on. That later, if at all.

So essentially if you divide Bakchod into two words it is Bak and Chod. Bak is a slang for Hindi word 'Wakya' which means a 'Sentence' but Bak is also used as 'Bakna' which means 'Saying meaningless sentences'. So basically Bakchod means 'F*****g with meaningless Sentences'.

Now All India Bakchod is a homegrown Adult show on the web. While we are at it lets also understand the relevant meaning of 'Adult' here. Adult in legal terms means 18 years and 21 years or whatever. Adult also is a censorship certificate in India. Incidentally Censor Certification does not apply to web content. Why? Well that is another discussion. So AIB is an Adult web show in India, possibly the most popular web show in India.

Just an aside, India has a long tradition of telling adult jokes verbally and since the advent of computers and cellphones people also share Adult jokes via emails, text messages, whatsapps and BBMs. It is irrelevant to say that BBMs are not much in use these days. Whatsapp is more 'in'. Having said that, there is no clarity on the legality of the consumption of such jokes.

So AIB, after having gained much popularity and even a sponsorship from a 'legal' company decided to organize a 'ground event' that would also feature some serious Bollywood stars. The show would be called 'AIB Roast'. It was to be on the lines of 'Comedy Central Roast' that started in the US in the late 90s and was aired on Comedy Central Cable TV Network. As the name suggests, Celebrities were 'Roasted' on these comic acts.

So AIB Roast was doing the same and quite a few celebrities agreed to be roasted and also to witness the roast. It was organized, advertised on Book My Show, FB and a host of other platforms. Tickets were sold and reportedly 4000 people attended the show in Worli.

Let us talk about the Ground event now. For any ground event in India you need a set of permissions from the Local Administration. Did the organizers get those permissions? I don't think they would be able to go through such a big event without the requisite permissions. So I am suspecting the application did say the name of the show AIB ROAST if not an All India Bakchod event. Now AIB ROAST doesn't say anything about the event at all. It could mean a cookery show with Turkeys. So I am also suspecting that the concerned authorities asked more about the show. If they didn't, why? If they did, did the organizers lie? If they did, unfortunately they will be booked. But to my knowledge, the ground event did not offend anyone at all. It is the You Tube episodes.


The live show was also shot and put on the web in three episodes. Everything went fine until some to begin with and then a lot of people got 'offended'. Then obviously the administration got offended and now some legal action is in process against the organizers, the participants and some celebrity audience. I am really intrigued why book only the celebrity audience why not all. Let us be clear about one fact that none of the participants or the audience is reported to be offended unless I am ignorant. So, the offended community is the people who saw it on You Tube.

I have some questions here. You can't accidentally get in to an AIB video. If you type AIB in the search bar on You Tube, it clearly announces ALL INDIA BAKCHOD. If you are the offended types the name itself should offend you. Why did you play the video? Let me give you a personal example. I, unfortunately very often on FB these days, chance upon videos of beheadings by the ISIS. The post tells me what it is and I invariably delete that content from my timeline without watching it. Because I know it will offend me for sure. You possibly can't go in to figure let me see 'how offensive' can this be and then get offended and then complain. The show is called ALL INDIA BAKCHOD for God's sake and it will obviously get worse inside. And if I remember correctly, the video started with a clear disclaimer that lasted long enough for you to stop the video and exit unlike those speeded up audio disclaimers at the end of Mutual Fund Ads. They are over before you can hear them. So the answer is DON'T WATCH IT if you are prone to getting offended by such humor. And before I conclude I don't think there is anything wrong with getting offended by such humor. It is your belief system and I respect it. I remember reconnecting with an old friend Parvez after twenty years. After a couple of connecting emails I ended up mailing him an adult joke like good old days when we were twenty, and he responded by saying that he didn't enjoy those jokes any more. I apologized and never sent him those jokes again. We are still great friend and he continues to deliver lectures on religion all across the globe. So there is evidence of people moving on from such humor and that is perfectly fine. But a video titled All India Bakchod should not be opened by Parvez. I hope he hasn't. At least he should stop at the warning in the beginning. No? Different kinds of material offend people; I get offended by the live telecast of some of our parliament sessions. Specially the ones when they throw mikes at each other. Imagine the kind of impact that it can have on our children. But we telecast those on national TV. I don't know if that should be termed as Adult content because younger ones can lose faith in parliamentary democracy after seeing that.

The humble point that I am making is who will decide what is offensive. Of course there is a Censor Board that monitors/regulates and certifies material that will go on public platforms that are endorsed by the Government, besides the point that their guidelines need to be relooked at. So a ground event attended by consenting adults can't offend anybody. It clearly didn't. The You Tube version of it had a clear warning that the material could offend some. What I am insisting on is 'If you know you are getting in to an AIB video clip, you should know it could be offensive for you. Then my question is why did you watch it? Why did you not stop in the first instance of offense? Were you enjoying watching the whole show and getting upset that how can someone make it? Were you getting upset at every offensive instance and still going through it? In that case ask yourself would you still be half as offended if there were no celebrities involved. So is the question about celebrities endorsing an offensive act? Because if it is not about celebrities, trust me there are gazillion You Tube video clips that are extremely offensive and no one ever complained about those. You haven't seen them? Look for them.

The problem here is that the event involved stars. That makes it two problems. One. These are stars and if I catch them on the wrong foot I will sound right. Two. Indian society worships their stars and gets offended to see them do any wrong. In that case my friend this is a choice that the stars made. They are intelligent enough to realize that in the process that they could lose some of their fans or who knows may be gain some. But this is STRICTLY their choice. The best or the worst that you can do about it is to stop liking them. I don't know what is illegal about it UNLESS there were issues with the requisite permissions with the ground event.

I rest my case.

Oh yes what was troubling me? I thought it was very, very, very funny. Before I tell you my issue you must remember that I come from a middle class family in Benaras. I need to tell you one small episode from my life to tell you where I come from. My first night in BOMBAY I had the privilege of having a drink with Javed Akhtar Sb. In the society that I come from you don't drink or smoke in front of elders besides the point that you can have a pan with tobacco with them. Quite paradoxical I know, like our society. So my first night in BOMBAY (That gives me 2 occasions to use this name) I drank with Mr Akhtar but I drank in a steel glass while everyone had regular whiskey glasses. It is some sort of a 'parda'. Enough of my background the only thing that really made me uncomfortable in those episodes was the presence of some mothers. Had I seen these episodes on my first night in Bombay (Third ;-) instance) I would be uncomfortable about the presence of women there too. But it has been two decades and I have moved on (I am not saying moved ahead) from those issues. May be another decade later I will not have a problem with the presence of mothers there too and I will endorse Zakka Jacob when he says 'Some men like to have sex with men, and if their mothers don't have a problem with it, why should youâ€¦'

Article 15 director Anubhav Sinha gets his…

An open letter to Ayushmann Khurrana on his…