Last Updated 05.07.2022 | 9:46 AM IST
feedback language
follow us on
Bollywood Hungama » News » Bollywood Features News » Shah Rukh Khan says he is not allowed to ‘disrupt’ the design of his house Mannat due to Gauri Khan

Shah Rukh Khan made one of the rare appearances on Tuesday at a brand event in Delhi. After the arrest of his son Aryan Khan and his bail in the drugs bust case on cruise, the actor has maintained his privacy and hasn't been seen publicly much. After Eid celebration at Baba Siddique's party, the actor made his first appearance in Delhi. At the event, Shah Rukh Khan quipped that he can't disrupt anything in the house, courtesy his wife, interior designer Gauri Khan. 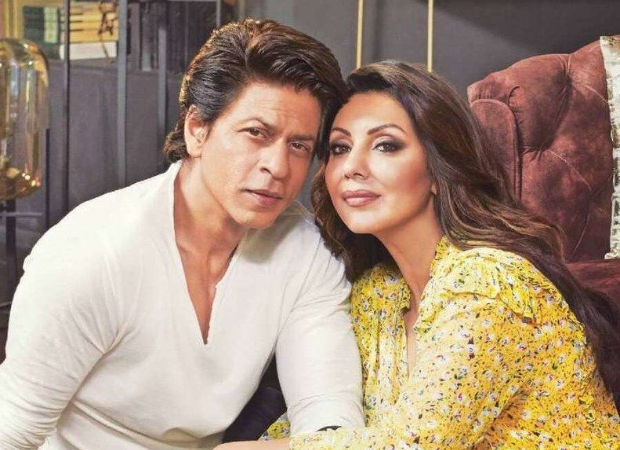 SRK arrived on the music of Don and even did his signature pose. He said, “In my house, most of the stuff that is bought for the house is obviously bought by the lady of the house, my wife Gauri. You are not allowed to disrupt the design in the house, because she is a wonderful designer herself. But one of the few things that I’m allowed to do because there is this understanding that maybe I know technology the best in the house.”

Shah Rukh Khan and Gauri Khan live in the Mumbai's residence Mannat which is opposite the scenic beauty of Bandstand. They live along with their three kids - Aryan, Suhana and AbRam. “Plus the aesthetics…are so amazing, that nobody questions that whenever I go and buy television, and put it in any room that I want or any place I wish to and this is God’s honest truth,” SRK said at the event.

On the work front, Shah Rukh Khan will return to big screen next Republic Day with Pathaan. The film stars Deepika Padukone and John Abraham. He also has Atlee Kumar and Rajkumar Hirani's next projects.

ALSO READ: Watch: Fans cannot stop screaming as Shah Rukh Khan does his signature pose at an event in Delhi