Last Updated 09.08.2022 | 8:58 AM IST
feedback language
follow us on
Bollywood Hungama » News » Bollywood Features News » Shah Rukh Khan praises Tiger Shroff; shares his desire to work with him on his Instagram live session – You are an inspiration

Tiger Shroff's action sequences are something that has not only started a whole new rage amongst the masses but also marked a special place of the star in the industry.  Recently, while Shah Rukh Khan did a live session to celebrate 30 years in the film industry. Tiger came up to join him, to which the King Khan was seen praising him and spoke how he is an inspiration to him. 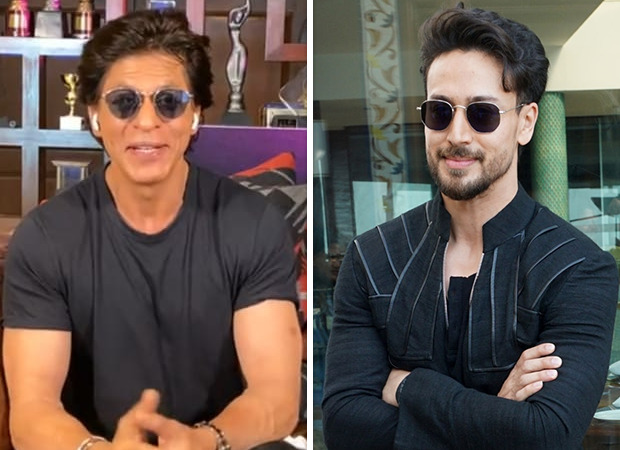 Shah Rukh Khan praises Tiger Shroff; shares his desire to work with him on his Instagram live session – You are an inspiration

He said, "I also want to say this to a friend who has come online, Tiger Shroff, more than a friend, like my baby, because he is dada's son. Thank you very much for commenting here and when I saw WAR with Siddharth and you in it, I got really inspired to try and do an action film, ofcourse my action is not half as good as yours but I am trying my best. I am trying to get my muscles tight, not coming as sharp as yours but I will keep trying. You are an inspiration man, inshallah, I will get an opportunity to work with you someday and I am very proud with what you have achieved. Thank you for coming on live". 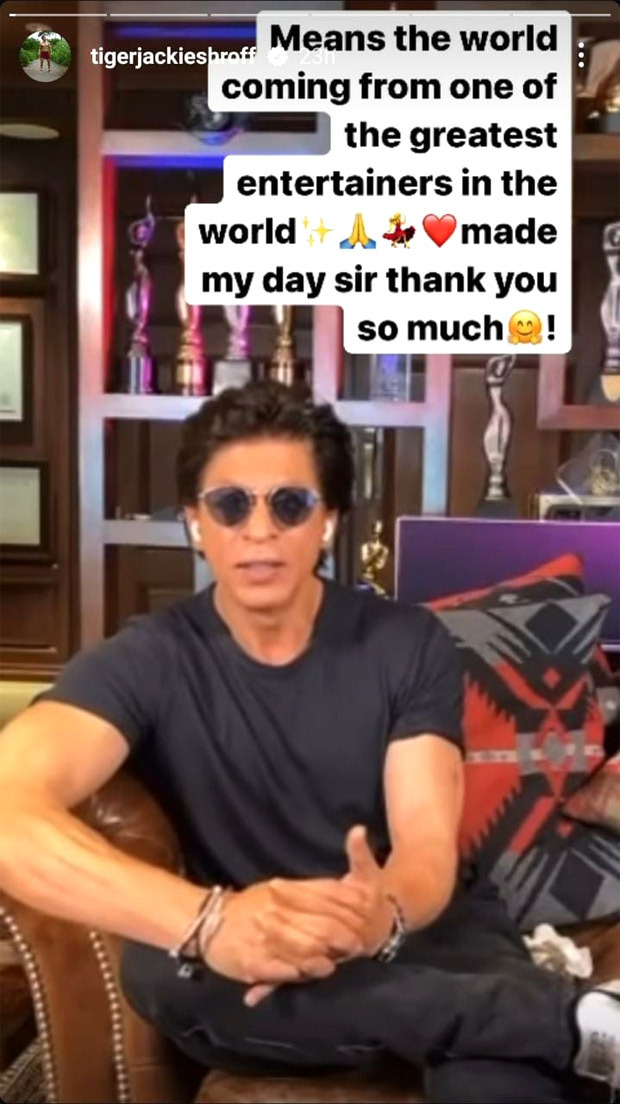 It certainly came as a big thing for Tiger to hear such humble words from the biggest star of this generation and while replying to the same, Tiger took to his social media and shared a thankful note for the same. He wrote the caption,  "Means the world coming from one the greatest entertainers in the world. Made my day sir thank you so much!" 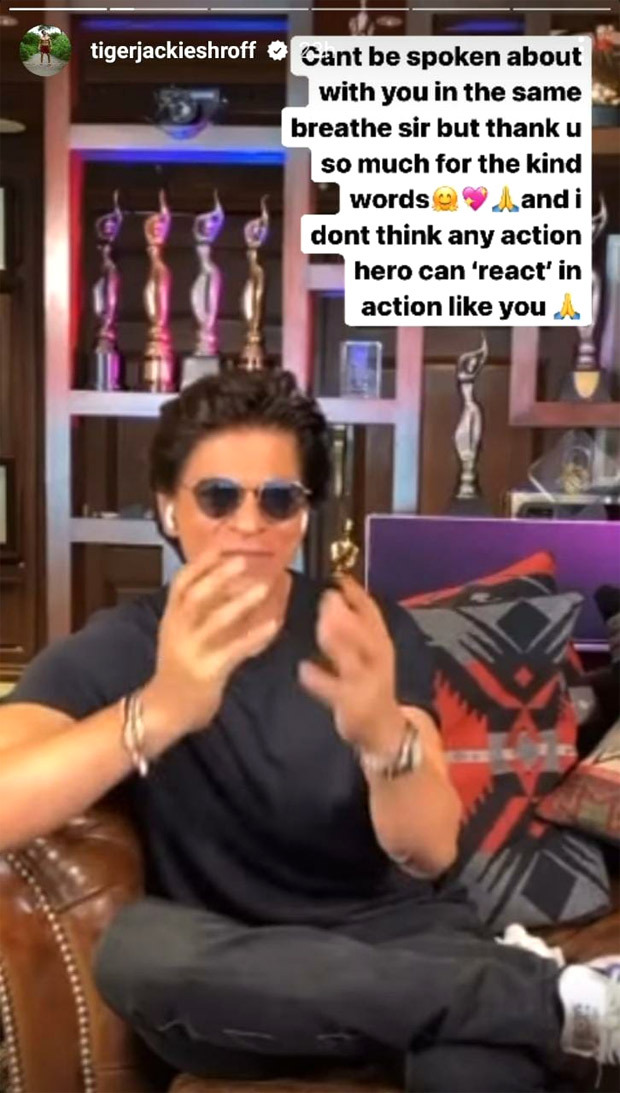 "Can't be spoken about with you in the same breathe sir but thank you so much for the kind words and i dont think any action hero can't 'react' in action like you."

Meanwhile, Shah Rukh Khan is set to return to films with Pathaan releasing in January 2023. He has Atlee Kumar's Jawan and Rajkumar Hirani's Dunki releasing as well next year.

On the film front, Tiger Shroff will be next seen in Ganapath, Bade Miyan Chote Miyan and Rambo.