Shah Rukh Khan's meeting with Amazon founder-CEO Jeff Bezos went quite interesting. In the American Entrepreneur's honour, Amazon Prime Videos hosted a star-studded evening and we saw Jeff indulging in a heart to heart conversation with SRK, and Zoya Akhtar. Combine Jeff's wisdom and SRK's humour, and you have a fun evening! 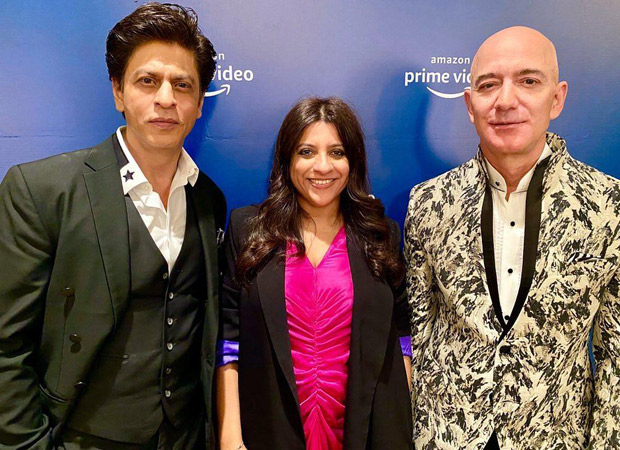 Looks like everyone is in hangover of that evening. Jeff took to Twitter to share a video of the three chatting and wrote, "Lots of fun on stage with @iamsrk and Zoya Akhtar”. SRK was prompt to respond. "Missing your uninhibited laughter and candid conversation," he wrote.

For everyone who doesn't know, the most epic moment of that evening was when SRK decided to mouth a dialogue from his film Don, and made Jeff repeat after him. The internet was left in splits when they said, 'Jeff Ko Pakadna Mushkil Hi Nahi, Namumkin Hai".

We also wonder if this hints at a possible association between the superstar and Amazon Prime.

Meanwhile, we hear SRK and Kajol are ready reunite on the big screen once more, and will be seen in a Rajkumar Hirani film soon!