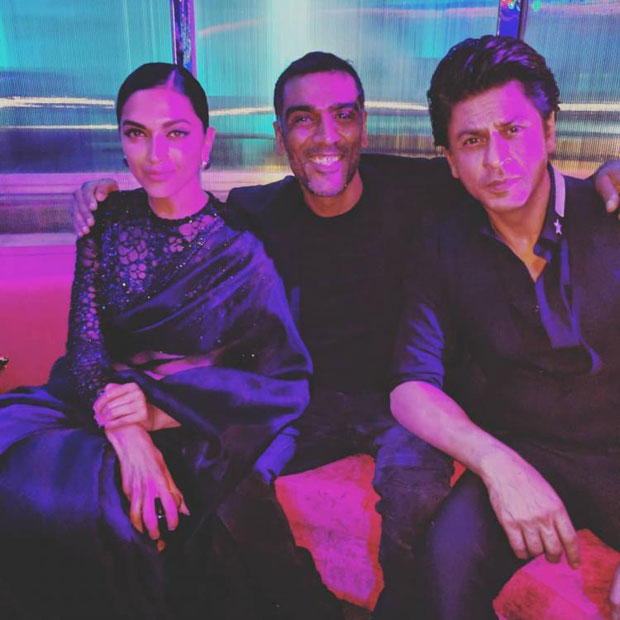 Bollywood celebrities came out to celebrate the celebrate 25 years of a media house, Zee Network this past weekend. Donning their best outfits, it was all about glitz and glamour on Saturday night. Deepika Padukone and Shah Rukh Khan were some of the guests who enjoyed the night to the fullest. SRK arrived in a black suit from Givenchy and looked dapper at the event. Deepika Padukone also chose for black saree from Sabyasachi Mukherjee. Winged eyeliner, tied hair, and simple makeup rounded her traditional look.

The Om Shanti Om stars were later seen hanging out together at the party. Deepika Padukone's all-time stylist Shaleena Nathani shared a photograph of the two stars hanging out and enjoying the party together. They later went to attend the Umang 2018 event as well later that night.

On the work front, Deepika Padukone is starring in Sanjay Leela Bhansali's magnum opus film Padmaavat co-starring Ranveer Singh and Shahid Kapoor. After much controversy and delay, the film is releasing on January 25, 2018. Shah Rukh Khan, on the other hand, is shooting for Aanand L Rai's film Zero co-starring Anushka Sharma and Katrina Kaif. The film is slated to release during Christmas 2018 weekend.