If there is one person in Shabana Azmi’s life who is more precious to her than husband Javed Akhtar it is her brother Baba Azmi. With the death of their beloved mother Shaukat Kaifi last year, Shabana is now both mother and father to her sibling. This Raksha Bandhan is special for Shabana and Baba. 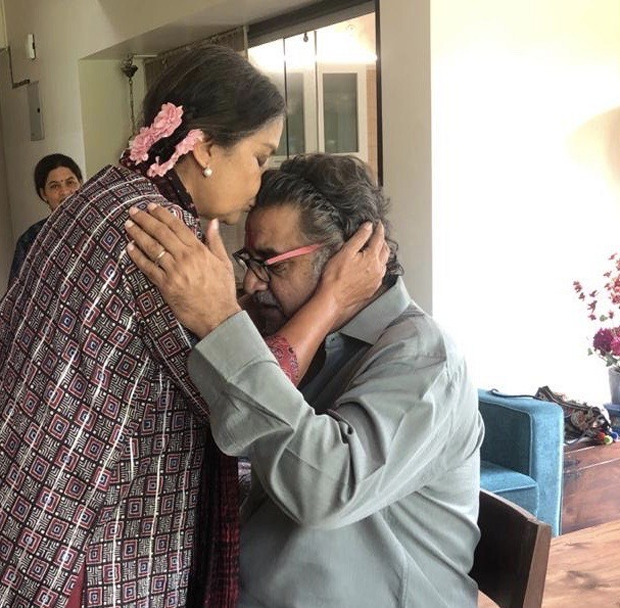 Says Shabana, “This time I am proud to present Baba’s director debut Mee Raqsam which streams on Zee5 on August 21. I think Mee Raqsam happened organically. Abba (father Kaifi Azmi) had once asked Baba many years ago whether he could consider shooting a film in his native village Mijwan.”

Shy by nature, Baba had kept quiet at his father’s request. Says Shabana, “Baba had merely smiled because Mijwan didn’t have even the basic facilities. On Abba’s birth centenary Baba decided to take a 15-year old girl from Mijwan Aditi Subedi and shoot the entire film in Mijwan. This is the finest tribute he could pay Abba.”

Her voice glowing with pride Shabana says, “It’s a human story about the unshakable bond between a father and daughter. It comes straight from the heart and the climax is a big surprise. In these dark times it is a film that elevates you and gives you hope.”

Shabana rushed on Raksha Bandhan to tie rakhee on her brother’s wrist. Says the legendary actress and doting sister, “Baba’s home Zeest in Khandala in very close to our home Sukoon. The festival I’m most sentimental about is Raksha Bandhan and my pakav (annoying) brother doesn’t allow anybody to become his rakhi sister! He says, “I have only one sister and she is the only one who will tie rakhi on me. On the rare occasion that I am not in town the only one who is allowed to tie my rakhi on him is his daughter Meghna.”

This year Raksha Bandhan is extra-special for Shabana. “I have got an opportunity to present Mee Raqsam which is produced and directed by Baba. I can’t wait for its premiere on 21st Aug on Zee5. Was I instrumental in Baba finally taking the plunge into direction? When we were kids I used to get away with bullying Baba but no chance now.”