Away from the city, Salman Khan has been staying in Panvel at his farmhouse ever since the lockdown was imposed. The actor has already indulged in multiple activities that have thoroughly earned a lot more respect from his ardent fans. From sending out ration bags to the needy to taking care of the horses at the ranch to farming and getting his hands in the mud, Salman Khan has even shot for two music videos from the farmhouse ensuring top-notch entertainment for his fans. 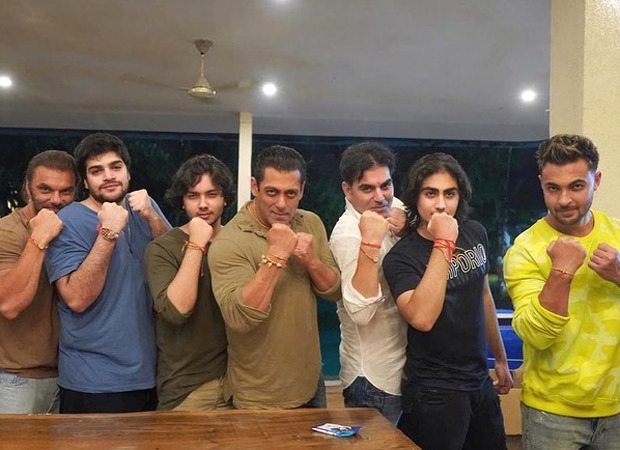 The actor has also posted a picture where he’s seen posing with rakhi tied to his wrist and is accompanied by the rest of the boys including Sohail Khan, Arbaaz Khan, Aayush Sharma, Atul Agnihotri, and his nephews. Their pose perfectly captures the essence of Raksha Bandhan and even though he’s away from the city, he made sure to have a rakhi around his wrist.

Take a look at the pictures that he posted.

On the work front, Salman Khan will soon resume shooting for Radhe – Your Most Wanted Bhai and Kabhi Eid Kabhi Diwali.