Sequels are now a norm in Hindi cinema. Some stories lend themselves to sequels or franchises, others do not. Some others, incredibly, do not appear to fit in as prequels, but anything can happen after a film does well, or is at least appreciated (Yes, a few commercial failures have also been ‘sequel’ed!). 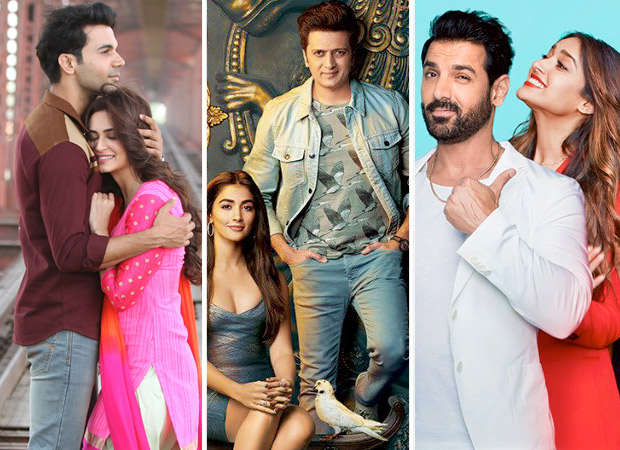 Recently, Kriti Kharbanda let on that the sequel to her breakthrough film Shaadi Mein Zaroor Aana is on the anvil—this was a film with a seemingly complete story, given the title!

“For me, that film changed my life and put me on the map!” says Kriti. “I got Housefull 4 because of Shaadi…, because when it released, Sajid (Nadiadwala)-sir told me that we will work together. Having said that, we have almost locked the script of Shaadi Mein Zaroor Aana 2, and that is one film I am really looking forward to doing. The first film was something on which I was never tired of working even 20 hours a day, and it trained me for multi-star films like Housefull 4 or Pagalpanti, where it is not easy to feel secure initially when other heroines are there.”

Kriti, however, does not reveal whether the original plot will continue with a twist or she is just part of a similar franchise, like Varun Dhawan and Alia Bhatt in the …Dulhania series.

On the other hand, writer-director Anees Bazmee reveals that he will do a  thriller “Very soon” after so many laugh-riots. “I met Ajay Devgn, who is special to me as he was the hero of my first three films,” he said. “And he asked me why we could not make the next part of Deewangee (2002), in which his negative character was shown alive in the end. So I am thinking of a plot where he will be 25 years older, much more evil, dangerous and menacing. The moment I get it, we will be on!” he smiles.

His 2005 No Entry’s sequel, he has said, is ready but there are some technical issues coming in the way (We can guess at them, though!). Speaking of its star Anil Kapoor, he too is keen that a Mr. India sequel happens soon.

But the most upset is Arshad Warsi, who says wryly that obstacles do keep coming in the way of making the third Munna Bhai film. “It’s a funny thing. If you ask Raju (Rajkumar Hirani), he tells me it is ‘100 percent happening!’ He has sounded off many ideas, all of which sound great to me. But then sometimes the second half is not working, or there is some timing problem, or many other things coming in the way!”

There are also diverse news about what is happening to Krrish 4 and Krrish 5. Buzz that Sanjay Gupta was to direct the former was negated by official sources. Rakesh Roshan is now back after his illness and is said to be eager to go into action. We would definitely like to watch Jadoo in at least one of them, so will the Roshans please oblige?

A surefire prospect for a sequel is the forthcoming Pagalpanti, while there is strong buzz from Yash Raj Films that War will be made into a franchise with Hrithik Roshan again. And speaking of YRF, buzz around another Dhoom sequel refuses to die down. We have heard that Salman Khan, Amitabh Bachchan, Shah Rukh Khan and even Akshay Kumar will play the new and bigger antagonist (Shah Rukh is the most frequent name), but YRF has denied all speculation.

We dare say that with the scenario and audiences being what they are, and with the recent response to films like Golmaal Again, Total Dhamaal and Housefull 4, sequels to comic franchises seem to be surefire. But with Baaghi 3, Commando 3, Shubh Mangal Zyada Saavdhan, Dostana 2, Aaj Kal and English Medium also coming up, we guess that even in other genres, the more familiar the merrier!