Just recently Suchitra Krishnamoorthi and Neha Dhupia engaged in a war of words on the social networking site Twitter, with Suchitra saying that it wasn’t nepotism in Bollywood that needs to be aggravated against but instead chamchagiri, while citing the example of neha Dhupia being signed on for chat shows. While like most fights both sides had their fan following representing them, it remained unclear what exactly provoked the fight. Responding to Suchitra’s statement and explaining his thoughts while defending Neha Dhupia, Angad Bedi claimed that he never really understood what Suchitra meant by her statement. 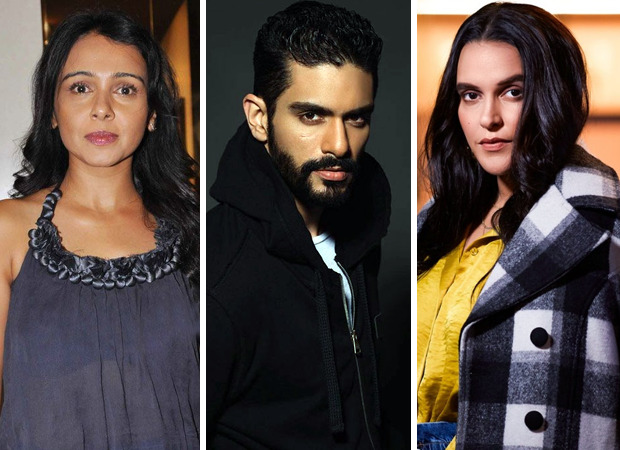 In an exclusive interview with Bollywood Hungama, Angad Bedi talked about it saying, “Kuch toh log kahenge; logon ka kaam hai kehna! It is a very old saying, and we need to accept it. In this profession you attract a lot of attention from the public and media, and my wife (Neha Dhupia) comes in the line of fire quite a few times, because she is an honest person and calls a spade a spade. I feel that when people pass statements that are very loose, it is a bit unfortunate. My wife has been in this industry for quite a while and has been working hard and being relevant. Chamchagiri kya hota hai? I don’t understand that. I feel that your work takes you ahead, and people like to be associated with successful people. My wife is a successful person and a lot of people like to be associated with her. She gets work on her own merit, all the shows that she has done, are completely because they want somebody like her, and because she is the front runner in most of the things she does.”

Further talking about the statement itself, Angad continued, “It was a statement while I feel didn’t hold much weight at all. By saying something like that she just exposed herself. There is a lot of respect that we have for her, but I don’t know why, and in which light that was meant, because my wife is a product of hard work. We have faced a lot of rejections. So why would she say that… that I think is best answered by her.”

Also Read: Neha Dhupia talks about body shaming; says your weighing scale does not define you