Sara Ali Khan, one would say, had the best debut with Kedarnath followed by blockbuster Simmba in the same month. Then, she has bagged Imtiaz Ali film which is a sequel to Love Aaj Kal. Just recently, the actress wrapped up the first schedule of the film which also stars Kartik Aaryan. 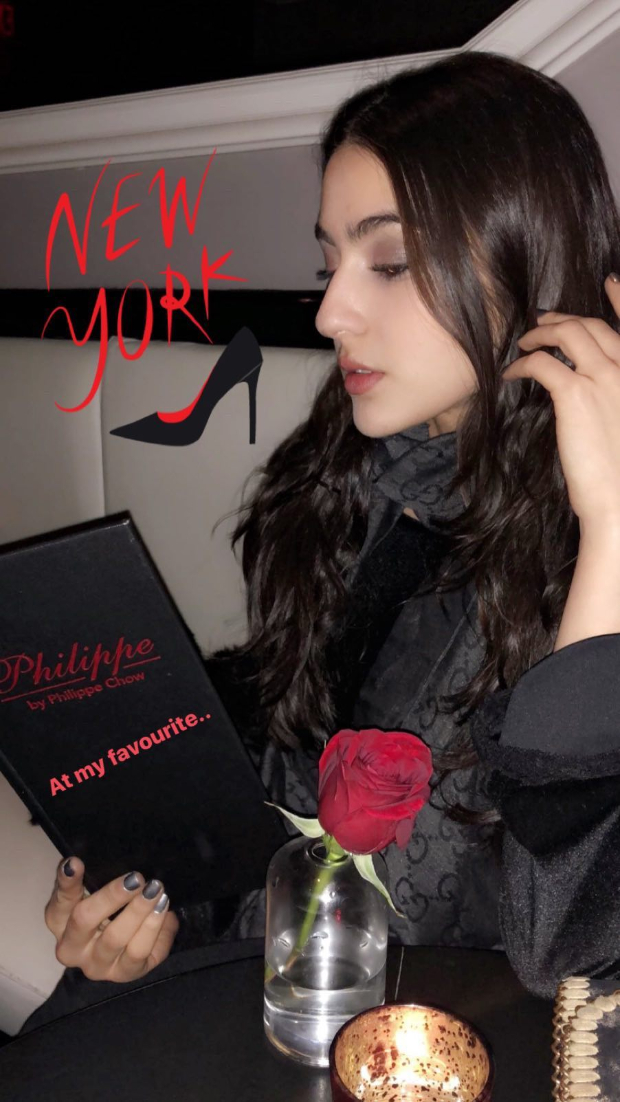 Now, the actress is currently enjoying her downtime in New York. The actress is on her much needed break and sharing some beautiful photos from her trip. Sara Ali Khan. It seems like the actress is vacationing with her friend and loving the beautiful weather.

On the work front, Sara Ali Khan will be seen in Kartik Aaryan starrer Love Aaj Kal 2 which is being helmed by Imtiaz Ali. The actress has also signed David Dhawan directorial Coolie No 1 which has Varun Dhawan in the leading role.