Fans have been excitedly anticipating the release of the action-thriller Rashtra Kavach Om, starring Aditya Roy Kapur and Sanjana Sanghi ever since the trailer of the film has been released. The first look of Aditya and Sanjana from the movie has already caused a stir among fans, who are awaiting its release. The actors were recently spotted in Lucknow promoting the movie. The actors eventually appeared in front of fans at the ancient site Rumi Darwaza after paying a surprise visit to a theatre. 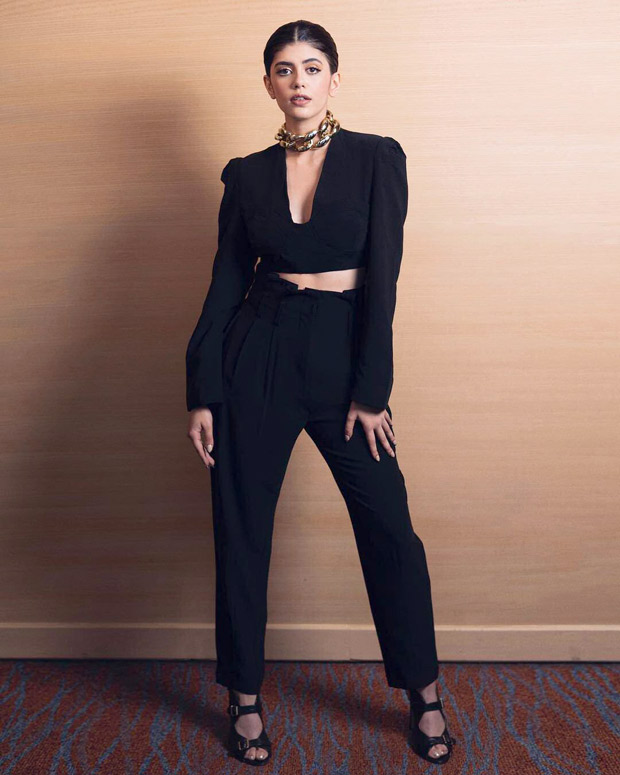 Sanjana took to Instagram today to post a couple photos of her latest look from Lucknow with the caption, "A morning of warmth with the beautiful people of Lucknow#OM #PressRun." The Dil Bechara actress was spotted wearing a black co-ord set by Appapop. Her matching outfit consists of a full-sleeved black crop-top with a V neckline and rigid shoulders. She wore the crop top with black paper bag trousers. Her attire costs Rs. 7,000. 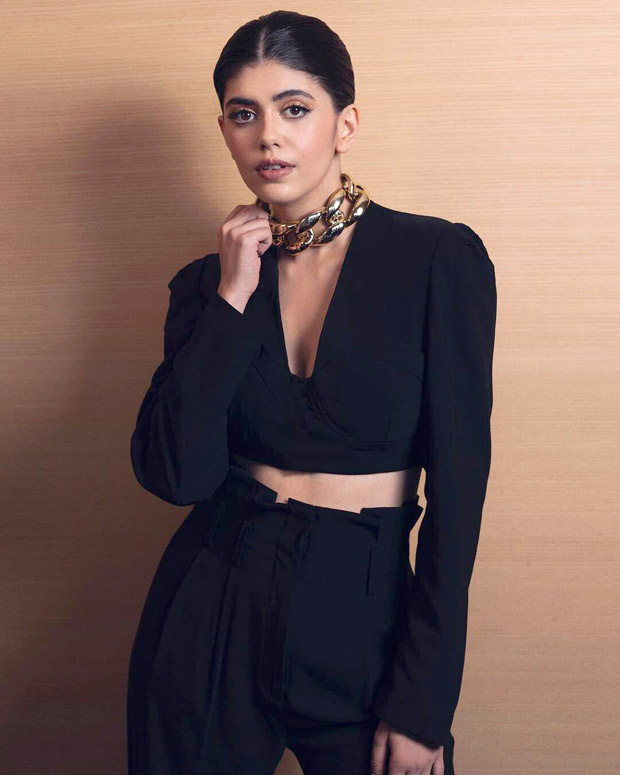 Sanjana accentuated her all-black ensemble with a thick chain link choker, which added a powerful punch to her look, and finished it off with black heels. Sanjana wore nude eye-shadow, black eyeliner, black kohl, mascara-laden eyelashes, drawn brows, contoured cheeks, and a nude lipstick tone. She wore her tresses into a ponytail as she posed for the cameras. 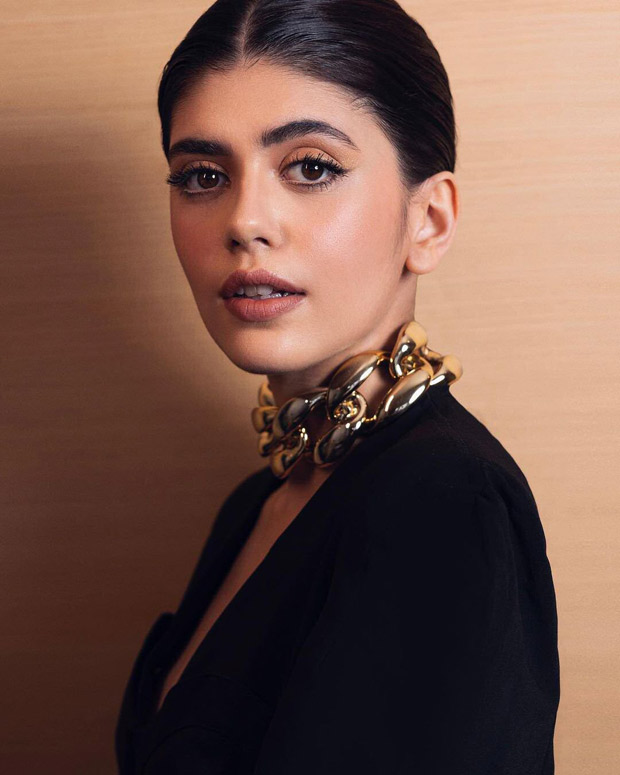 STYLIST : Who wore what when