Fans have been anticipating the release of OM: The Battle Within, an action-thriller starring Aditya Roy Kapur and Sanjana Sanghi. On Friday, the producers finally unveiled the film's official trailer. The movie's trailer shows that it has a compelling story that will draw viewers in from the very beginning. Aditya will be seen pulling off dangerous stunts, firing firearms, and fighting to defend the country. Sanjana, on the other hand, will play a version of herself that has never been seen before and will attempt an action role for the first time ever. 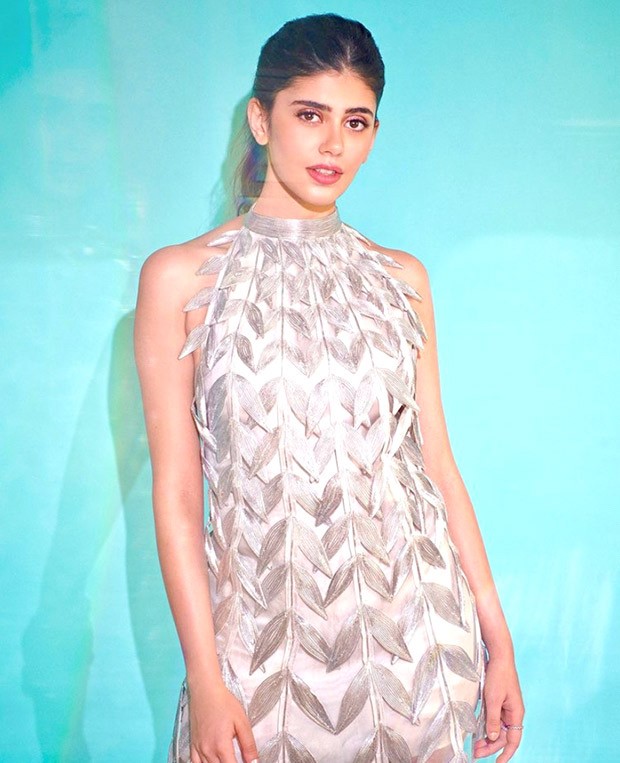 Sanjana Sanghi in silver short dress worth Rs. 95,000 for Om: the battle within promotions will make you swoon

Sanjana Sanghi has been actively promoting her most recent film Om throughout the city while dressing chicly and certainly setting fashion goals. The actor certainly knows how to dress up and impress with her diverse style statements each time she makes a public appearance. Sanjana chose a silver short dress for the press conference. Sanjana wore a short dress with a halter neck and silver feather-like fabric accents. Her metallic silver little dress, which featured flower appliques throughout on a white base, also had a backless detail. Her dress is priced at Rs. 95,000 and is from the racks of Rimzim Dadu. 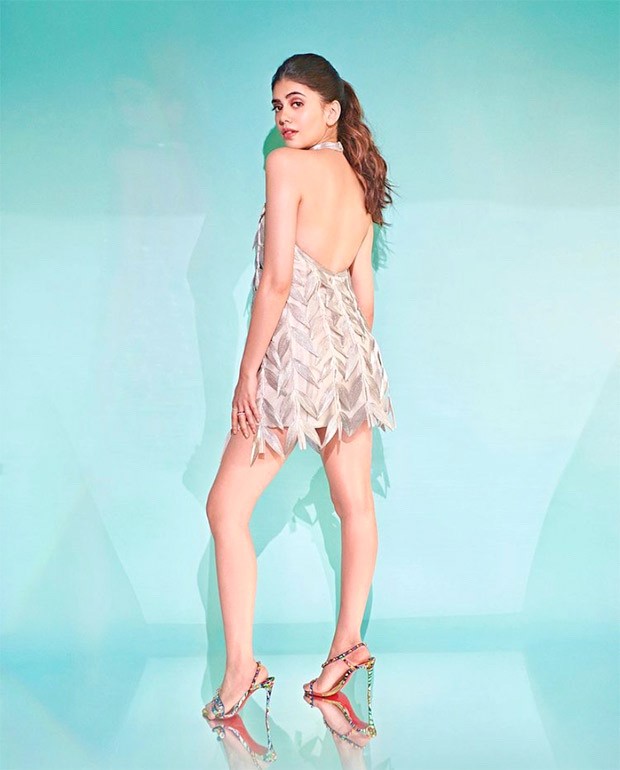 She chose a couple silver rings as her accessories. Sanjana's multicoloured stilettos gave her outfit the necessary splash of colour. The actress sported sleek ponytail and a dewy makeup look that included glittering eyeshadow, black eyeliner, mascara-coated eyelashes, contoured cheekbones, and a delicate pink lipstick tone. The metallic outfit proved Sanjana's willingness to try new things with her wardrobe, and we are utterly smitten. 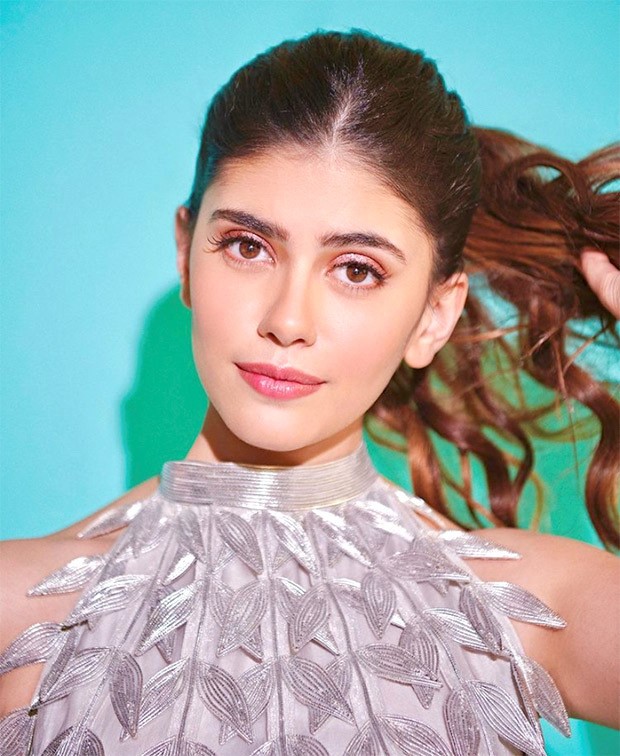 Meanwhile, on the work front, Sanjana’s film Om the battle within is set to release in theatres on July 1, 2022. The film also stars Aditya Roy Kapoor, Jackie Shroff, Ashutosh Rana, and Prakash Raj in pivotal roles. She will be next seen in film Dhak Dhak alongside Ratna Pathak Shah, Dia Mirza and Fatima Sana Shaikh. The film is bankrolled by Outsiders film, Taapsee Pannu’s production house.

STYLIST : Who Wore What when

Also Read:  Kiara Advani is sight of sheer grace in a white saree and a corset-inspired blouse for Jug Jug Jeeyo promotions