Salman Khan is all set to play a cop in his upcoming film, Antim: The Final Truth. He will also be starring with Aayush Sharma for the first time, who plays the role of a gangster and is the second lead of the film. While the film has his brother-in-law as a co-actor, Salman Khan spent some quality time with his niece Ayat Khan on the set. Arpita Khan Sharma posted an adorable video a couple of days ago where the duo was seen dancing along. 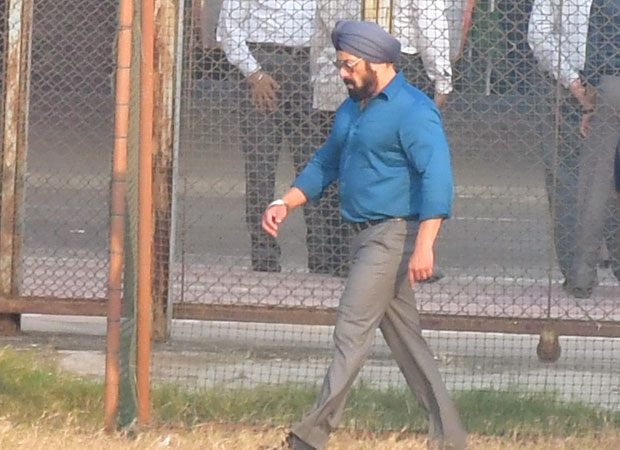 Just yesterday, Salman Khan was seen shooting for Antim: The Final Truth in Bandra. The actor was seen sporting a turban for his look in the movie and matched the turban with the powder blue of his shirt. Looking as dapper as ever, Salman Khan surely knows how to look like a boss with minimal effort.

Take a look at his pictures, right here.

Apart from Antim: The Final Truth, Salman Khan will also be seen in Radhe: Your Most Wanted Bhai and Kabhi Eid Kabhi Diwali.

Also Read: WATCH: Salman Khan dances with niece Ayat Khan Sharma in this adorable video on the sets of Antim