Salman Khan fans are well aware of the fact that the superstar is extremely fond of kids, especially his nephews and nieces. The actor has never hesitated to express his love for the kids and a recent video of him dancing with his youngest niece Ayat Khan has been going viral. Arpita Khan Sharma posted the video of the uncle-niece duo dancing on the sets of Antim: The Final Truth. 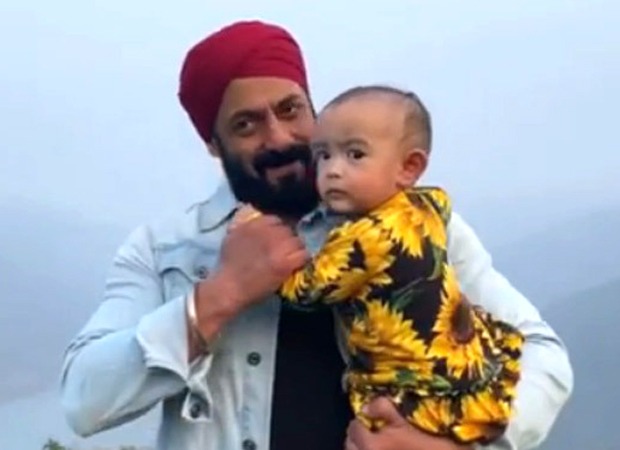 Salman Khan will be playing a Sardar cop while Aayush Sharma will play the role of a Marathi gangster. The duo will be starring together as leads and the fans are ecstatic to witness this film. In the video, Salman Khan is seen in a denim jacket paired with a black t-shirt and his red turban giving away the idea of being on the shoot for the film. Arpita Khan Sharma posted it with the caption, “Unconditional Love ???? @beingsalmankhan”.

Apart from Antim: The Final Truth, Salman Khan has recently announced the release date of Radhe: Your Most Wanted Bhai.

Also Read: Salman Khan confirms a theatrical release for Radhe: Your Most Wanted Bhai on Eid