On Thursday evening, superstar Salman Khan dropped a cryptic post on his social media handle and promised a teaser on Friday. True to his promise he shared the teaser of his upcoming music video titled, ‘Main Chala’ which taps into his romantic side along with actress Pragya Jaiswal. The song by Bhushan Kumar's T-Series and Salman Khan Films marks singers Guru Randhawa and Iulia Vantur’s first song collaboration. 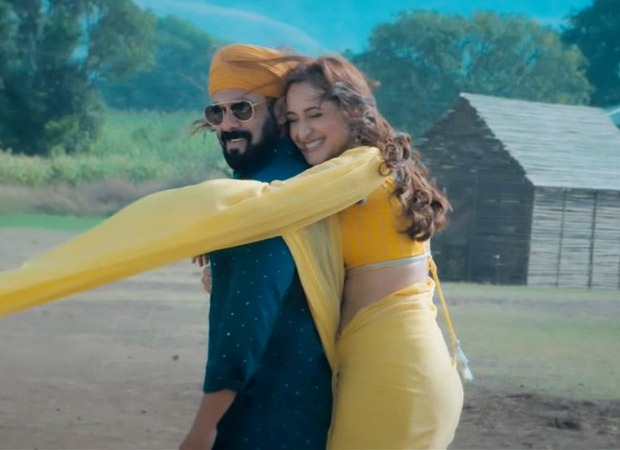 Salman Khan sports long hair as he taps into his romantic side in the song ‘Main Chala’ by Guru Randhawa and Iulia Vantur;  watch teaser

Starring the superstar Salman Khan and the gorgeous Pragya Jaiswal, the love song has been directed by Shabina Khan and DirectorGifty and promises to be a visual treat for music lovers and Salman Khan fans around the world.

Sharing the teaser, Salman Khan wrote, "#MainChala is coming to spread the fever of love. Teaser out now. Song releasing on 22nd January. Tune in now!"

Brought to you by Bhushan Kumar’s T-Series, who is known for giving audiences some iconic love songs over the years, the classic love ballad with contemporary flavor has been composed and penned by Shabbir Ahmed.