Bollywood actor Salman Khan has been stationed in Hyderabad for the shoot of Kabhi Eid Kabhi Diwali. Amidst his busy schedule, he was seen hanging out with his co-star Venkatesh Daggubati and superstar Chiranjeevi. 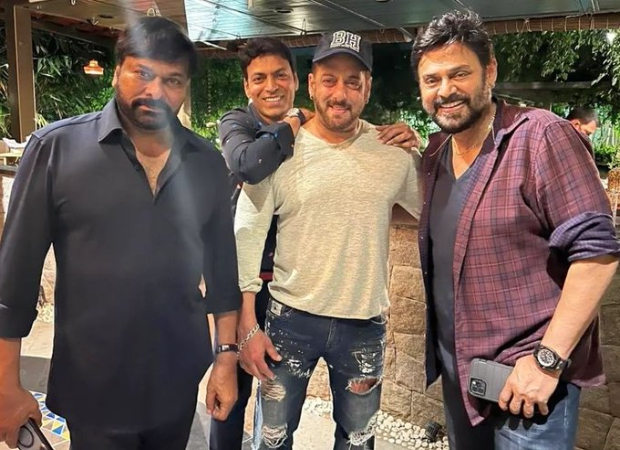 A new photo is seen in which Salman is all smiles next to actors Chiranjeevi, Venkatesh, and politician JC Pavan Reddy. Reportedly, the actors were hanging out at Reddy’s house in Hyderabad.

BTS' V's cameo gets confirmed in…