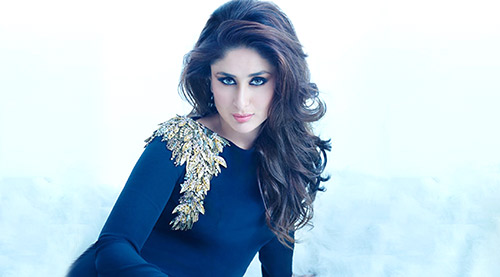 The verdict is out - Bajrangi Bhaijaan has turned out to be a massive success at the box office. While it is no breaking news for Salman Khan who has now enjoyed his eight 100 crore hit in a row since Dabangg, what makes the film further special is the fact that it has managed tremendous critical acclaim for itself as well.

"Absolutely, and this is exactly what I could see coming, and hence wanted to be a part of it," says Kareena Kapoor Khan, who lent her hero some good support in the film, "I don't think that a film like Bajrangi Bhaijaan gets made every year. This is a very different Salman film and with the kind of theme that Kabir Khan was exploring, I had to do it regardless of the length of my role."

She is being modest here because even though she has not painted the town red about her presence in the film, the fact remains that even her limited part is greater than what some lesser experienced actresses get in their super-successes and still tom-tom about that across the world like there is no tomorrow.

"Well, the film needed a girl who puts love aside and lets go of her savings for a greater cause. I think there was certain purity that Kabir was looking in his leading lady. It had to complement Bajrangi's character and I found the whole set up and context to be really beautiful," says Kareena, who was last seen as a leading lady in Singham Returns (2014), another major box office success.

While she is being appreciated for the simplicity demonstrated on screen, her hubby Saif Ali Khan was found appreciating her performance as well as characterization.

"Salman had called Saif for the screening a couple of nights before release. It was after a long time that Saif saw a Hindi film. He caught the essence of the film really well. He said that 'Every great man (Salman) needs a great woman by his side in a film. He was quite happy about my part," smiles Kareena.

The very fact that the film is winning appreciation despite it not being an action affair, something that has otherwise been getting Salman his centuries, is a win indeed for all involved.

"In an emotional film like this, people have stood up and clapped in theaters all over. It is no mean achievement for Salman who has otherwise won his audiences with the likes of Dabangg, Ek Tha Tiger, Kick and of course Bodyguard," says Kareena.

No wonder, it is now time for calculators and spreadsheets to be out and final tally being put together. While 200 crore is expected to be a given for the film, trade is in the process of estimating the final milestone that Bajrangi Bhaijaan would eventually manage.

"Everyone is throwing in big numbers. However, I have been in the industry for long enough to realize that eventually, a film runs at the box office on its own strengths. Agar audience issi tarah aati rahi toh film bahaut aage jaayegi," smiles Kareena before signing off.