Saif Ali Khan, who has been in London these past few days, has begun promotions for India's first original Netflix digital series, Sacred Games. The show's trailer released a week ago which showed a gripping story is on its way for Indian audience. As the show is set to stream next month, Saif Ali Khan has begun promoting Sacred Games by appearing on a British talk show, Lorraine, in London. 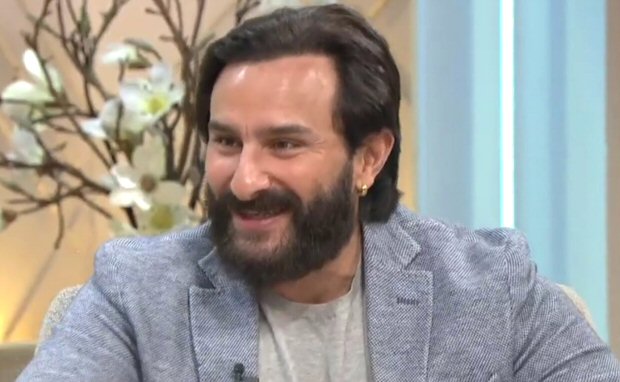 Saif Ali Khan spoke at length with the host Lorraine Kelly about Sacred Games and how Netflix original show Narcos was a benchmark for it. Speaking about the comparisons, he said, "Narcos is wonderful example of an international success. We subtly aimed at that kind of show ourselves, atleast to the first season of Narcos. That was the benchmark."

Set in Mumbai, Sacred Games' trailer promises the story will be a thriller that is very gripping yet intense. Speaking about shooting in Mumbai and the local areas, Saif Ali Khan said, "It's very cinematic and has a lot of character. Many cities in the West look a little sanitized. There's different kinds of architecture. India, generally, is a cross between the medieval and the modern. And if you can capture that then it's a very interesting thing to see in the film." 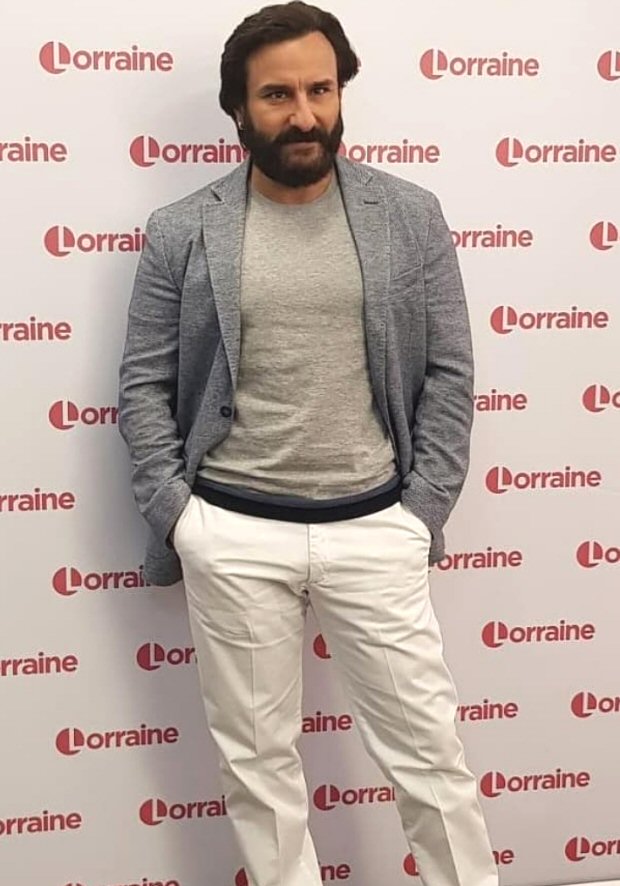 Lorraine Kelly talked about how Saif Ali Khan studied in London and often visits the place whenever he is not shooting. When asked whether his toddler Taimur Ali Khan would study abroad and how much he is popular, Saif Ali Khan said, "He's very popular with the paparazzi in India. To try and keep a level head, I think he'll pretty soon think he's someone special. I think I'll have to try and talk to him about it."

Kareena Kapoor Khan recently witnessed the success with Veere Di Wedding. This was her first film post Taimur's birth. Saif admitted that they both work but he works a little more than Kareena but they make sure give their son a lot of time. "I'm working a little bit more than she is. I don't know whether it is right or wrong. She's just had a massive success with the film that released couple of days ago. Generally, we make sure that one of us is around. It can be a full time consuming kind of profession. It's difficult but we have to kind of ensure that one of us is at home. Both of us are at home as often as we can," he added. 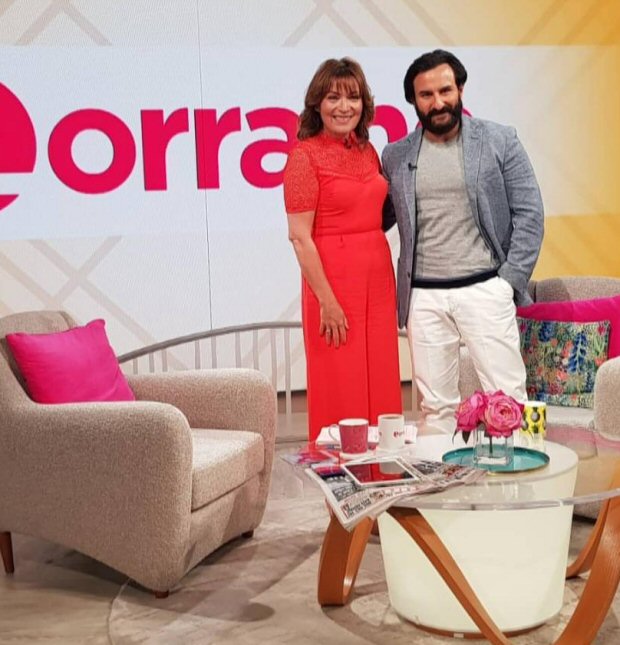 As it is a biopic era in India and the West, Lorraine asked whether Saif Ali Khan would be interested in making a biopic on his father, late cricketer Mansoor Ali Khan Pataudi. "I'd really love to. I thought, sometime ago, that it would be really hard to find someone who could copy that style. These cricketers had a particular way of style, walking and playing the shot. I saw a movie about Bruce Lee and that actor was amazing. That gave me a kind of hope that it can be done. Another movie on Freddie Mercury, another person I thought made it possible. So, it's given me hope that it could be done if we find the right actor."

Based on Vikram Chandra’s novel by the same name, Sacred Games is a crime drama that delves into the dark and gritty world of Mumbai city. It features the Saif Ali Khan in the role of Inspector Sartaj Singh. The show will also star Nawazuddin Siddiqui in the prominent role of gangster Ganesh Gaitonde. Radhika Apte plays the role of RAW analyst Anjali Mathur. Based on reality, the series will trace the deep nexus of crime and politics as it takes you through the life of a police officer named Sartaj Singh. Netflix announced Saif Ali Khan, Nawazzudin Siddiqui and Radhika Apte starrer Sacred Games will premiere on July 6, 2018.