The Remo Dsouza directed Salman Khan starrer Race 3 is the most awaited film of this year, check out some rarely known facts about the film

1. Salman Khan was the last one to get on board. Producer Ramesh Taurani was planning Race 3 with the original leading man Saif Ali Khan supported by Anil Kapoor and a new Race recruit, probably Vidyut Jamwal. But then Salman stepped in. Everything changed. 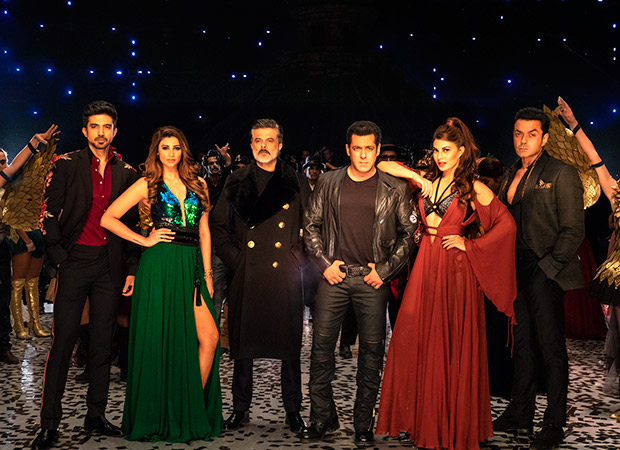 2. Suddenly Taurani’s film was bigger than ever before. Salman not only agreed to step in as leading man. He also came on board as co-producer. It is being whispered in the film trade that Saman has almost a 100 percent stakes in Race 3 while Taurani is only a paper producer.

3. It was Salman who got rid of the original Race directors Abbas-Mustan. Ever since Salman turned down Abbas-Mustan’s Baazigar—the role that aggrandized Shah Rukh’s stardom—Salman has been systematically snubbing Abbas-Mustan’s offers. For Race 3 Salman wanted Remo D’Souza as director. What Salman wants, Salman gets. Taurani quickly complied.

4. Remo was not the only one Salman got on board for Race 3. Leading lady Jacqueline Fernandez was also Salman’s idea. With co-star Jacqueline, Salman was committed to do a dance film with Remo which he ultimately opted out of. When Salman came on board for Race 3 he invited both Remo and Jacqueline to join him. Daisy Shah, another Salman groupie, was also given a role.

5. Bobby Deol last seen with his father and brother in Yamla Pagla Deewana 2 four years ago was roped in by Salman personally. Salman has taken charge of Bobby’s makeover. It is being said in Salman’s circle that Bobby will be signed for a role in Salman’s next starrer Bharat as well.

6. Saif Ali Khan who was unceremoniously dumped from the Race franchise got a call from Salman before being ousted. Not that Salman was seeking clearance. He just wanted to inform the outgoing actor of the developments. Of course, of course.

7. Salman called the shots on the sets while Remo happily complied with the ‘suggestions’. Salman has been sitting on the film’s editing too. One hears Taurani offered to bill Salman as co-director.

8. Anil Kapoor who has been a constant part of the Race franchise was reluctant to come on board this time. “With Salman around what will I do?” Anil was heard asking aloud. It was only when Salman assured Anil of ample screen time that he agreed.

9. In Race 2 Anil had to mouth double meaning phallic dialogues. This time he had nothing to worry about. Salman’s presence in insurance against vulgarity. Race 3 will ooze glamour. But not cheesy glamour.

10. Taurani is already planning Race 4 with Salman and Bobby.

Also Read: “Salman Khan came into my life like an angel” – said Bobby Deol about getting an opportunity in Race 3