The royal couple Saif Ali Khan and Kareena Kapoor Khan have headed to Rajasthan along with their boy Taimur Ali Khan. The little munchkin, who is Internet’s favourite boy, seems to be having a good time. The kid along with his parents where welcomed with a garland when they reached Rajasthan.

Saif Ali Khan is currently in Rajasthan to begin shooting for his film. Before that, they took a tour of Rajasthan to enjoy some family time. Taimur looked cute in a striped t-shirt and denim with a ponytail. Saif was holding him while Kareena and others took a tour in a jeep. 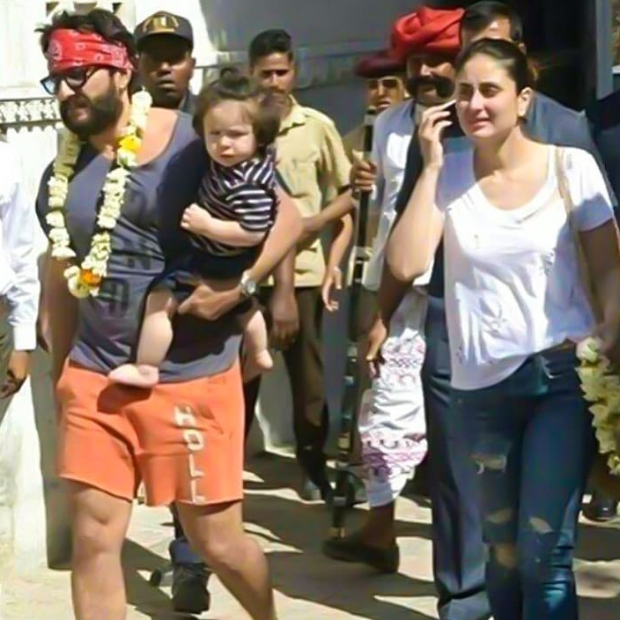 Saif was also seen playing cricket with some kids. One may know that Saif Ali Khan’s father Mansoor Ali Khan was one of the finest Indian cricketers of all time. He was the Indian Captain when he married Sharmila Tagore. So, it was nice to see Saif enjoying the sport while Kareena and Taimur watched him play. 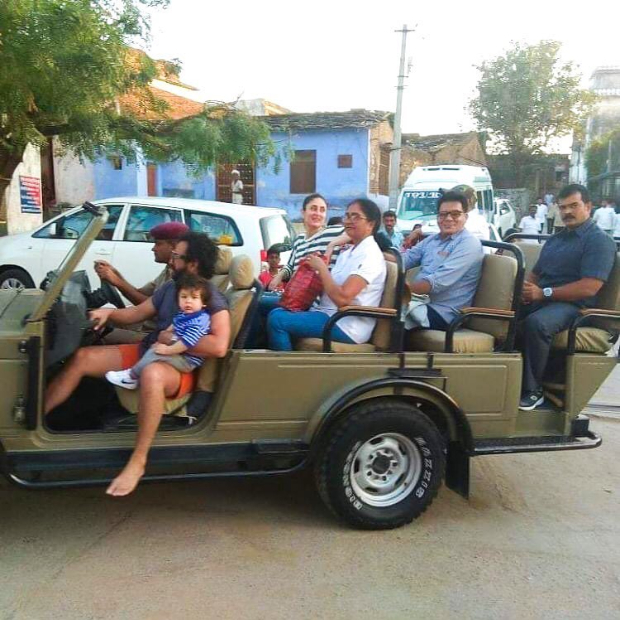 Meanwhile, Saif Ali Khan is one of the first Indian stars to make his way to the digital platform. The actor is all set to star in a Netflix original series called Sacred Games. The first look was revealed last week. The series also stars Radhika Apte and Nawazuddin Siddiqui. Based on Vikram Chandra’s novel by the same name, Sacred Games is a crime drama that delves into the dark and gritty world of Mumbai city and features the actor in the role of Inspector Sartaj Singh. The show will also star Nawazuddin Siddiqui in the prominent role of gangster Ganesh Gaitonde whereas Radhika Apte plays the role of RAW analyst Anjali Mathur. Based on reality, the series will trace the deep nexus of crime and politics as it takes you through the life of a police officer named Sartaj Singh.

Kareena Kapoor Khan, on the other hand, will be seen in Veere Di Wedding. Directed by Shashanka Ghosh, the film also stars Sonam Kapoor, Swara Bhasker and Shikha Talsania. It slated to release on June 1, 2018.

ALSO READ: CUTENESS OVERLOAD! Taimur Ali Khan and Inaaya Naumi Kemmu pose together and it is beyond adorable