Last Updated 28.01.2020 | 10:41 PM IST
feedback language
follow us on
Home » News » Bollywood Features News » Saif Ali Khan has a HILARIOUS response when asked, what if he, Ibrahim and Taimur like the same girl in a club

Jawaani Jaaneman’s glimpse is being loved by fans. Be it the posters, teaser or trailer of the film, the fans are excited to see Saif Ali Khan in a new avatar. As Tabu plays his ex, Alaya F - Pooja Bedi’s daughter, who is making her debut, is starring as his 20-year-old daughter. At the first song ‘Gallan Kardi’ on Tuesday, Saif Ali Khan was asked a question how would he react if the three of them – he and his sons Ibrahim and Taimur went to a club and liked the same girl. 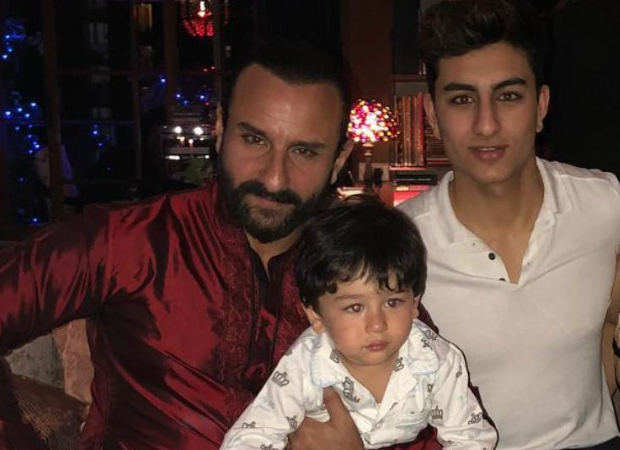 Saif Ali Khan had a hilarious reaction to this bizarre question and said, “Well, Taimur and I often go to the same club. And we often like the same girl. But then I pick him up and send him home. Ibrahim is a bit bigger than me, so I don’t know if I can do that. So you know, it balances out. I think I will leave girls in pubs to Ibrahim and stay home and read to Taimur. I’m an old man now, I am just pretending to be cool.”

When asked whether he is worried about his youth fading away, Saif said, “No, my youth probably faded away long ago. I am not scared at all. In fact, I don’t have these issues. I think if you are young at heart and if you feel good, it’s fine. I don’t even really want to be very young. I mean, I don’t want to be old, but I am happy. I’m clear in my life.”

While the song was launched yesterday, the music video was unveiled on Wednesday. It is a remake of ‘Dil Luteya’ song featuring Saif, Tabu and Alaya on the track. Jazzy B, Jyotica Tangri & Mumzy Stranger who have sung this version. The music is by Prem & Hardeep, and the lyrics are by Preet Harpal & Mumzy Stranger.