While Bollywood actors in general like to go younger on screen, we welcome this new genre of actors who are ready to portray characters double their age. Well, we give it to Taapsee Pannu and Bhumi Pednekar, who at their young age have taken up the challenge of portraying 60 year olds onscreen for Anurag Kashyap’s ambitious production Saand Ki Aankh. Also, let us add to that the story of this film is as unconventional as its title. Leading lady Taapsee Pannu recently decided to speak to the media about what it is like to play a 60 year old on screen – that of octogenarian shooter Chandro Tomar. 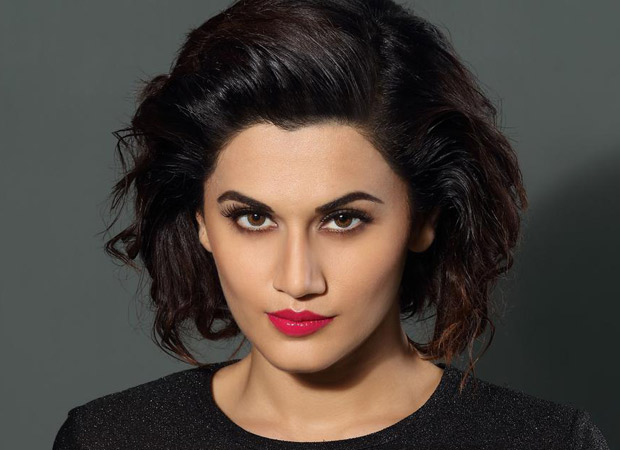 She starts off with the most visible transformation – the physical one! Taapsee Pannu confessed that she is unable to recognize herself on the mirror after she puts on her makeup to look like a 60 year old. But apparently, the actress was applauded by her mother who was amazed to see her on the sets when she visited her daughter there recently.

Calling it one of her most challenging films till date, Taapsee Pannu also honestly maintained that she finds it difficult to resonate with the character. She stated that she has nothing in common with Chandro Tomar and one of the main factors for the same is age. She clearly mentioned that neither their struggles nor their background has any similarity with Pannu’s life. She also added that she finds it quite difficult to understand about the emotions at the age of 60 when she is just half that age!

However, Taapsee Pannu expressed her thanks to the Tomar family especially the Tomar sister-in- laws Chandro and Prakashi Tomar for always being there to help them right. She is glad that they help her and co-star Bhumi Pednekar to get the nuances right for the film.

Saand Ki Aankh is also expected to feature Prakash Jha in an important role and is directed by Tushar Hiranandani.