It is a known fact that Rishi Kapoor and Amitabh Bachchan are currently busy promoting their forthcoming film 102 Not Out. For the same, the duo or one of them have been visiting popular shows. One amongst them was DID Li’l Masters [Dance India Dance for kids], a dance reality show that airs on Zee network.

During the same, Rishi Kapoor was seen bonding with everyone including the judges and contestants. While Farah Khan posted pictures with the veteran actor on social media after the shoot, we hear that there were quite a bit of interesting moments on the show that grabbed attention. One of the most memorable moments amongst them was when Rishi Kapoor turned ‘shayar’ [poet] for Chitrangda Singh. 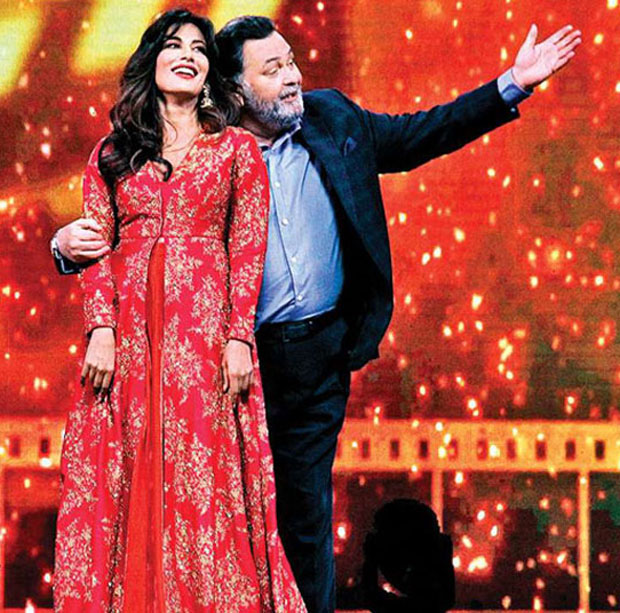 For the uninitiated, actress turned producer Chitrangda Singh joined the Dance India Dance family as the judge for the first time this season. So when she met the veteran actor, we hear it was fan girl moments of sorts. She is a self-admitted fan of Rishi Kapoor.  So, when he visited the sets of DID Li'l masters for the promotions of 102 Not Out, Chitrangda went on to confess her fondness for the senior actor.

The two actors exchange shayaris on stage but Rishi Kapoor also performed to the evergreen song 'Main Shayar Toh Nahi' from his popular film Bobby. Chitrangda Singh went on to add that Rishi Kapoor is her childhood favorite. But the actress took everyone by a surprise when she revealed that she has even composed a shayari just for him.

It was after that Chitrangda Singh expressed she wished Rishi Kapoor had sung 'Main Shayar Toh Nahi' for her and requested the actor to recite the song. Rishi Kapoor not only sang the evergreen song but also performed on the song with Singh.

The senior actor also took to Twitter to share the moment from the stage saying, "We danced impromptu on my song “Main shayar toh naheen”. Thank you Chitrangada!"

On the film front, Chitrangda Singh will be next seen in the Saif Ali Khan starrer Bazaar and the Sanjay Dutt starrer Saheb Biwi Gangster 3. She is also foraying into production with her maiden venture Soorma starring Diljit Dosanjh and Tapsee Pannu.