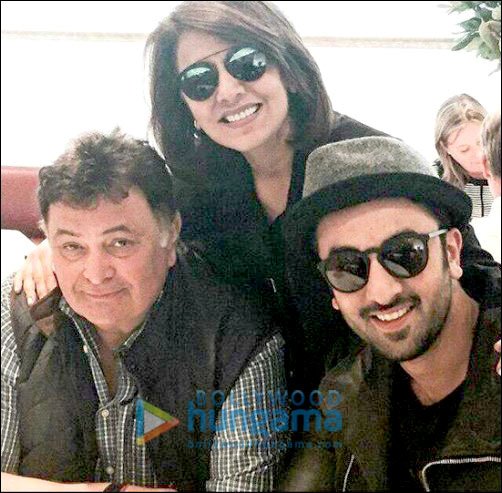 The 'never-say-old' Rishi Kapoor grew one year older (or is it younger?) as he celebrates his grand birthday today. The Kapoor family, which consists of the birthday boy Rishi, his wife Neetu and son Ranbir, are presently in London celebrating his birthday.


By now having become the 'veteran of tweets', Rishi Kapoor posted his birthday bash's pictures on Twitter with an apt caption that went alongwith it. "This afternoon at the Le Petit Maison. Thank you Ranbir for coming early".


If the reports are to be believed, then, Ranbir Kapoor flew especially for papa Rishi to celebrate his birthday, followed by his shoot for Karan Johar movie Ae Dil Hai Mushkil. Apparently, Rishi Kapoor will also be reportedly visiting temples on the occasion of Gokulashtami celebrations.