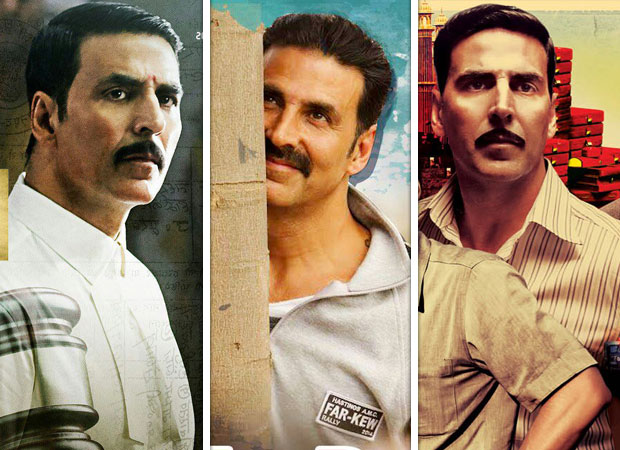 Almost a year ago, Salman Khan, then with 10 consecutive hits behind him, had described Akshay Kumar as “The only one among us (superstars is what he meant!) who is growing, ” at the 2.0 teaser launch. What seemed like a mere generous statement from the box-office czar at that time now seems to be bang-on!

The change
For Akshay Kumar, phase 3 in his redoubtable career (Phase 1 was the Khiladi-films-dominating-potboilers stage and Phase 2 was the Hera Pheri and later part), actually began long after his first attempt at a serious drama came completely unhinged—Nagesh Kukunoor’s pathetic exercise 8 X 10 Tasveer in 2009. At this press conference, he had expressed wife Twinkle Khanna’s hope that he would win the National award as Best Actor one day. At a future film’s press-con, he admitted, however, that there were barely 8 or 10 people in the hall for that film!

Unabashedly, Akshay returned to doing three or four entertainers each year, latching on to progressively better names among filmmakers and dumping many who could not deliver. In 2012, even as he delivered two major (100 crore) hits, Housefull 2 and Rowdy Rathore, he decided to step into co-producing both regional cinema and three Hindi films, the offbeat and message-based OMG—Oh My God! , Khiladi 786, a mainstream action comedy, and the commercial dud Joker.

When both the last-mentioned lost out to OMG…, and his debut Marathi production 72 Miles—Ek Pravaas also did well in 2013, the stage was set for a change. Neeraj Pandey, a man with a vision both for himself and Akshay, with a formidable film (A Wednesday!) behind him and humongous talent within, decide to approach Akshay for a very different film—a con caper, Special 26, which also released in 2013. Both the films did very well too. The stage was set.

Experiment, Observation & Inference
Chemistry laboratories teach the basics of experiments—you minutely observe the results and get inferences (conclusions). Besides Salman Khan going from strength to strength with mainstream cinema and Aamir Khan in a self-chosen selective zone of Dhoom:3 (in a gray double role) and PK (which was being made with Rajkumar Hirani at the helm), Akshay also must have noticed that nothing really exciting was happening on the Shah Rukh Khan-Ajay Devgn-Hrithik Roshan fronts.

His observation must have been clear: that content had begun to work more than stars, and it worked both with and without stars. The only seeming exception to the rule, Salman Khan, also went through a relatively rough patch when he starred in the early 2014 Jai Ho!, though he salvaged himself later that year with Kick.

This evaluation extended to Akshay’s own films as well. In 2013, his production Boss and also Once Upon A Time In Mumbai Dobaara sank, making Special 26 the only bright spot. In 2014, it was the crisp and intense Holiday that made a solid mark, giving Akshay his third 100 crore film, while It’s Entertainment and his new co-production The Shaukeens went nowhere. The die was cast. Akshay knew that a change was paramount.

Backing him up again was Neeraj Pandey again, who cast him as an anti-terrorist espionage agent in Baby, his first release in 2015.  He also did the intense Gabbar…Is Back, a mainstream anti-corruption drama that was a remake of the South film. It did well.

After Namastey London, Holiday and now these two releases, Akshay acquired a coincidental patriotic tag, but commercial facts remained commercial facts. Singh Is Bliing, a vacuous action comedy, did not do as well. Neither did Brothers, a snail-paced drama of family conflict.

On the other hand, PK had most of its run in 2015, which also saw excellence get rewarded in Salman Khan’s Bajrangi Bhaijaan and in the first regional film to cross 100 crore only in its Hindi version—Bahubali—The Beginning.

But it was not about 100 crore alone. The films that did superbly, 100 crore or no 100 crore, were substantial and rivetting stories like Tanu Weds Manu Returns and Piku, sleeper hits Badlapur and Dum Laga Ke Haisha, and in the post-Diwali sweepstakes, again Dilwale lost out to Bajirao Mastani.

The observations and inferences were clear to the meanest intelligence. Even a Welcome Back (which was a non-Akshay sequel to Akshay’s 2007 super-hit Welcome) underperformed, while Prem Ratan Dhan Paayo sailed relatively smoothly only on the Salman Khan branding and a unopposed release in Diwali. 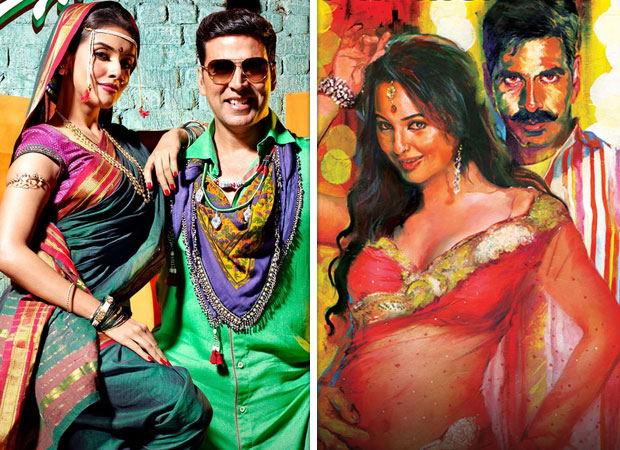 …And then came 2016
There was no way Akshay Kumar could refuse to do the third part of his franchise, Housefull 3, or turn down Rohit Dhawan’s offer of a hilarious cameo in Dishoom. But even the former crossed 100 crore, with Akshay as its biggest draw.

But the films that meant business (literally too) were Airlift (a camouflaged biopic of an NRI who saved hundreds of Indian lives during a war in the Middle-East) and Rustom (also a disguised and modified account of the famous Nanavati murder case). Again, both films had strong elements of deshbhakti.

Soon, Akshay began to look for more socially-relevant subjects in his next lot of films too: the anti-corruption Jolly LLB 2 and the socially hard-hitting Toilet—Ek Prem Katha, which has ended the lean season for Hindi cinema from mid-August. There was also a small reprise of Akshay’s Baby’s character in the spinoff-cum-prequel, Naam Shabana, in March this year.

Coming up also are PadMan, wife Twinkle Khanna’s production of a biopic of a man who made it his business to manufacture and market economical sanitary napkins to poor women, and Gold, which is about India’s first gold medalist in sports. Yes, there is an entertainer with a difference: Rajinikanth’s 2.0, the sequel to Robot. And Akshay has signed the film for the challenge it offered him—he plays a villainous crow!

Oh yes, we forgot to mention that Akshay did get to win a National Best Actor award, for Rustom. And that Akshay’s stance is clear now: controlled budgets (he was often guilty of the reverse until some films ago) and a definitive language of entertainment as the compulsory vehicle for the social messages.

“I find real-life stories very intriguing, and social issues like what we have shown in Toilet… cannot be highlighted enough. But there is one aspect I will always take care of in my films—the entertainment factor will never be compromised.”

And that’s the secret of the rise and rise of Akshay Kumar despite many films in a year, controlled budgets and sugar-coated pills that the audience has begun to love. What about overexposure vis-à-vis the others? No, because he’s cracked the plot.