On Monday Actor and model Rhea Chakraborty took to her instagram account to share a selfie of her that featured her alongside her brother Showik Chakraborty. 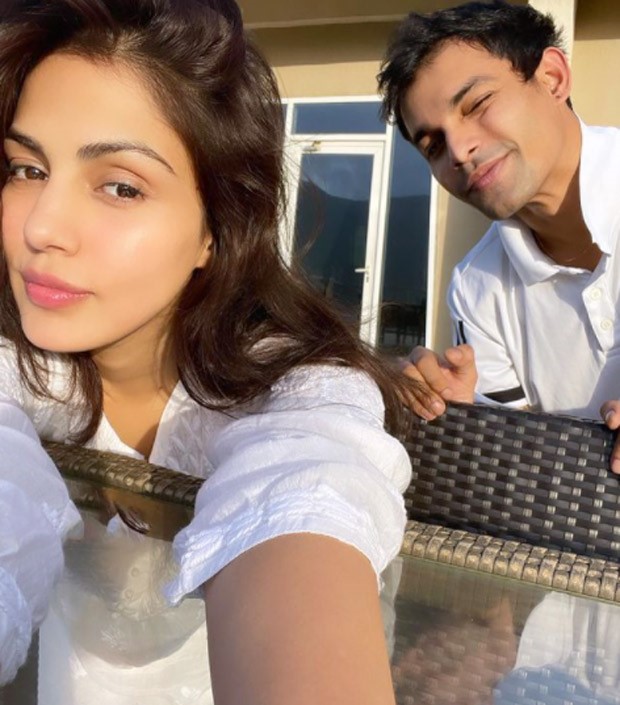 The adorable sunlit photo shared by the actress was captioned with, “Resilience.” As soon as she shared the photo on the photo-sharing app, people quickly flooded the comments section with hearts and other similar emojis.

Earlier in the day, Rhea had given her fans a glimpse of her morning as she began her day by reading a book called “My Hanuman Chalisa” by Devdutt Pattanaik. In the image, Rhea could be seen focusing her attention on the pages of the red book as she sat by a window.

Recently, Rhea was in the news as her name came up in the ongoing Aryan Khan case. The senior lawyer, Satish Maneshinde, helping superstar Shah Rukh Khan’s son, had also represented Rhea in a drug case that had surfaced post the death of Bollywood star Sushant Singh Rajput.

On the work front, Rhea Chakraborty is taking slow but sure steps. She has been sharing pictures from her shoot sessions on the social media. She was last seen in the thriller movie Chehre, which also starred Amitabh Bachchan, Annu Kapoor and Emraan Hashmi.

Also Read: No Rhea Chakraborty on Bigg Boss, confirms a source close to the actress