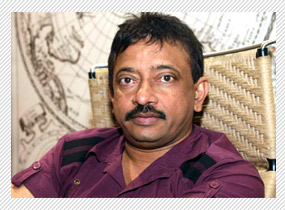 You completed and released The Attacks of 26/11 against all odds. You were constantly accused of exploiting the ghastly terror attack on Mumbai on 26/11 2008.What made you so determined to tell your story?

Well as long as I was clear about my intent and the honesty in my heart, I didn't want to give importance to the people who were accusing me of all kinds of things without even knowing in what context I was wanting to make the 26/11 attacks into a film

The film opens wounds in Mumbai that never healed. Do you feel you've made Mumbaikars uncomfortable by taking them back to the horrific happenings of that night in November 2008?

I think it's very important that life-changing events like what happened on the night of 26/11 should be chronicled in every manner. Be it through books or documentaries or feature films. Of course unlike a documentary, a feature film gives any event an emotional perspective

For your information 26/11 has been shot with the same camera and crew as those I used in Department. Any technique arises from within the emotional content of the subject matter and the kind of characters the film deals with. If the content and characters don't work any new kind of technique will be seen as obtrusive. No technique can ever go wrong if the content is right

How difficult was it for you to get permission to shoot in actual locations where the terror attacks happened? And how much of it did you have to fudge in the absence of official consent?

Thankfully I didn't have to really work hard to get permissions because once they understood my intent everyone more or less went out of their way to co-operate with me. Understandably the Taj management didn't want to for the reason that it's a running hotel and also they didn't want to revisit the tragedy.

Your stupefying take on the 26/11 attacks has opened to mixed responses. Some critics have loved it. Others feel you have been less than truthful about the actual events. How faithful to the original incidents is your film?

Well, since it's a real incident everyone will have a take and an opinion on it. The heartening news is that the collections showed an upward swing on Saturday in many centers of Maharashtra and in the South. It's impossible for me not to take certain cinematic liberties if I have to condense the entire drama into a two hour film


The relentless brutality of the terror attacks is perhaps off-putting for the romantic at heart. What made you opt for the graphic perspective in showing the violence that the terrorists perpetrated on Mumbai that night?


You're accused of selective depiction, leaving out as you've done the details of what the terrorists did at the Nariman House and Oberoi Trident. Why?

The point of the film is not to go into every detail but it's to just highlight the emotional aspect of those acts. If after the attack on Leopold CafÃ©, the Taj hotel and the Chhatrapati Shivaji Terminus, if I continued to show the attacks on the Oberoi, Trident and the Nariman House it would just be repeating the massacres without any further emotional progress

Why are Rakesh Maria and Kasab the central characters in your film? Were you trying to build a conscious central point to the plot?
Yes, they two were central for me. Rakesh Maria because he happened to be the joint commissioner of police which for me technically represented the representative of police and Kasab because he being the only surviving terrorist became the face of 26/11

How much did you depend on Rodrigues Rommell's book on Kasab?

In hindsight, casting Nana Patekar and Sanjeev Jaiswal as Rakesh Maria and Kasab appears to be a masterstroke. What made you choose these two actors?
I wanted a new actor for Kasab because his face is the most popular in the context of 26/11 and Nana Patekar apart from being a fabulous actor has the strength of character in his face to carry forward the required intensity

I believe Jaiswal has gone into hiding fearing a backlash for portraying Kasab. How far do you think his character would affect his future as an actor?
It's not true that he went into hiding. He was deliberately kept away to create a feeling of extreme reality when audiences see him on screen for the first time.


Do you somewhere feel that the film's important lessons, that we need to mend our attitude to and preparation for terror attacks, is being missed out by sections of the critics and audience?

I think I am too small to comment on what the preparations should be as I believe that the security agencies are doing a far better job than what they are given credit for. We only know about them when they fail and are unaware of them in their success

Your film has been banned in the UAE. And you can forget about being invited as official guest to Pakistan. As a person who has studied the terror attacks from across the border do you feel the time for gestures of friendship with our neighbour is over?

The film both in its finale more than clearly underlines the point that it's not against any community or a religion and it's only against the inhuman aspects of certain specific individuals.