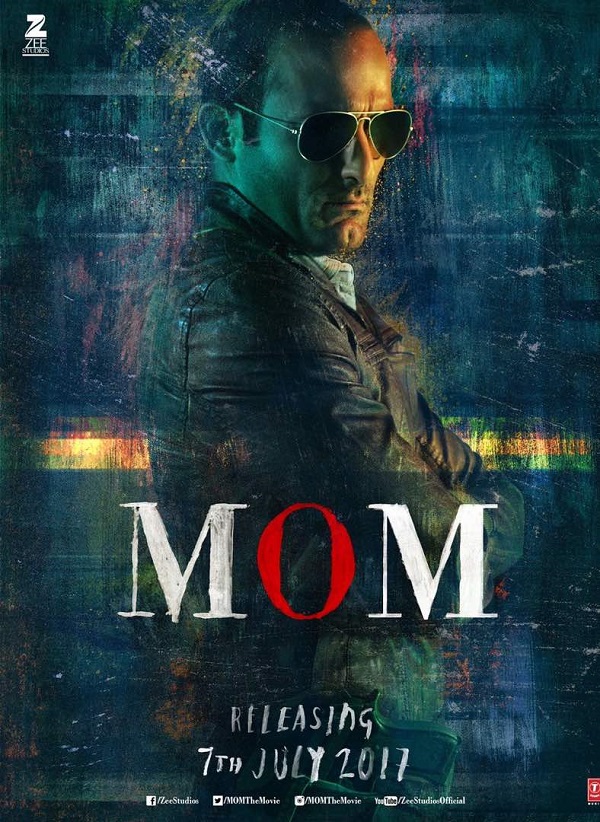 The suave actor Akshaye Khanna, who was last seen in the John Abraham-Varun Dhawan starrer Dishoom, is now all set to shock you with his character in his upcoming film Mom, which has Sridevi playing the titular role. The film, which has been one of the most eagerly awaited films of the recent times, will see Akshaye Khanna as never before.

Speaking about his character, Akshaye Khanna said that the film was a career milestone to work with the one and only Sridevi and also Nawazuddin Siddiqui, whom, he considered as one of the finest actors of today. He added that, being a part of Mom was indeed an enriching experience for him. Akshaye Khanna is believed to be playing a cop in the film, who is investigating a case in which Sridevi’s character gets involved. Bollywood Hungama brings to you his look from the film.

Besides Sridevi and Akshaye Khanna, Mom also stars Nawazuddin Siddiqui, Abhimanyu Singh and Pitobash Tripathy in crucial roles. While the music of the film has been composed by the maestro A.R. Rahman, the film is being produced by Zee Studios, Boney Kapoor and Sunil Manchanda's Mad Films in association with Thirdeye Pictures. Mom is being directed by Ravi Udyawar will be releasing on July 7 this year in Hindi, Tamil, Telugu and Malayalam.