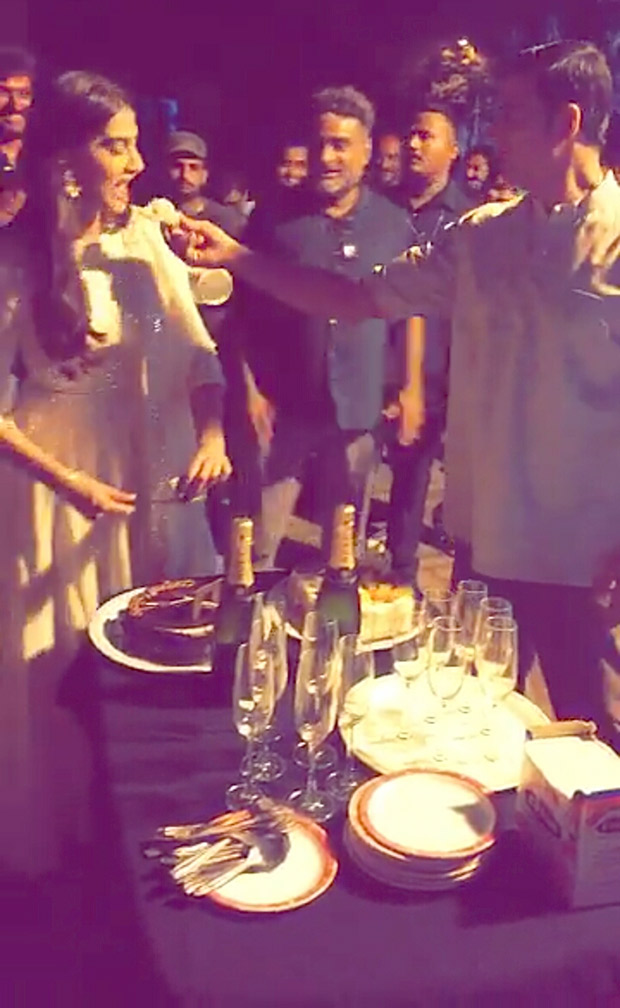 Akshay Kumar and Sonam Kapoor have all the reasons to celebrate as they received their National Award honours earlier this week. On Wednesday, May 3, President Pranab Mukherjee congratulated and honoured the winners of the 64th National Film Awards. 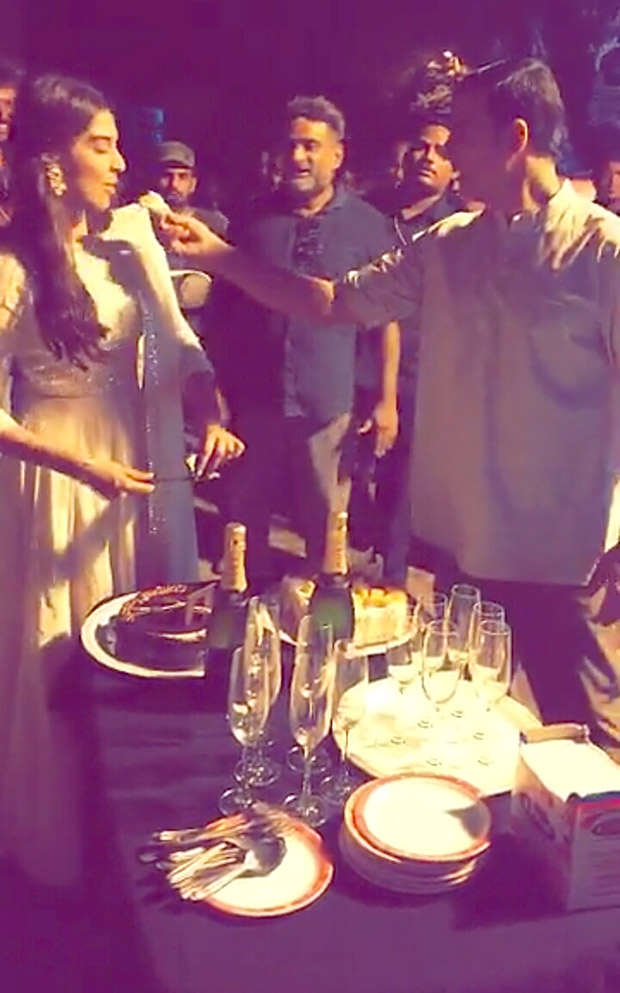 Akshay Kumar was given the Best Actor award for Rustom while Sonam Kapoor accepted Best Hindi Film Award for Neerja. The duo is currently shooting together for their upcoming film PadMan. Akshay Kumar and Sonam Kapoor celebrated the victory on the sets of PadMan. These photos are a proof that the celebration will continue. Sonam shared a video on her Snapchat cutting a cake with Akshay as the actor fed her cake.

Directed by R Balki and produced by Twinkle Khanna, PadMan is based on a real-life story of a social entrepreneur, Arunachalam Muruganantham, who took it up to himself to provide low-cost sanitary napkins to women from poor economic states across rural India. The film also stars Radhika Apte.