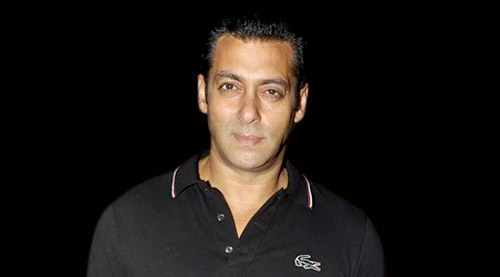 Aristotle once said 'The law is reason free from passion' which goes to means that the law focuses on factual notions and not plain emotions. The law is indifferent to an individual's larger than life persona; it merely focuses on the crime, which is to the say that the character of a person in any given verdict remains moot.

Here are the facts of the Salman Khan case:-
The actor was accused of a 13-year-old hit and run case of running over five people sleeping on the pavement with his SUV on September 28, 2002, killing one of them, causing minor injuries to another and gravely injuring the remaining three. He was convicted on May 6, 2015 with 5 years imprisonment and found guilty of culpable homicide not amounting to murder, rash and negligent driving, causing minor injuries, causing major injuries, drunk driving, driving without a license and failing to report an accident by his vehicle. The Dabangg Khan had however been denying all the charges against him, framing his driver as the obvious scapegoat. He has currently been given an interim bail for 2 days.

In conclusion:-
Yes Salman will always be cherished for his philanthropy, his generosity and his aid to the weaker sections and no number of years behind bars can take that away from him. Nor can they alter the love and respect his fans have for him.

But on the other hand does granting a hundred lives give the liberty to take back one even for arguments sake? Two rights don't make up for a wrong. Nor can saving a million souls mitigate the repercussions of a single one. No exorbitant amount of money, repentance or philanthropy can make up for a lost life. The system of blood money only works to sustain the victim families and to clear the culprit's conscious. But corruption cannot be promoted under the lease of social service. Legal punishment has to still be endured even after remorse at an individual level.

The law leaves no room for escape even for influential high profile convicts. Do we really want to be shallow enough to endanger our own safety by asking for another convict to roam scot free because the streets are any which ways already occupied with a lot many criminals? Or are we saying that participating in social service is the ticket out to homicide? Every man gives back to the society in his own little way. Speculations about Being Human Foundation ceasing to give charity to the government after Salman's jail are not only derogatory but also demoralizing to all the fans that are highly influenced and inspired by Salman's legacy and wish to follow in his footsteps. Because that in itself is inhuman.

Yes the roads are not meant for slumber, but it's the only option for a homeless man without any means of livelihood. The government is instigating perpetual measures to curb the population, and while houses may be scarce, laws on driving are not. Before finding flaws in the system what happened to following the existing laws?

While the overall legit punishment for Salman accounts to almost 13 years, Salman has been apparently granted relief from the remaining 7 years, a rare phenomenon. But the protests for reducing his sentence still continue. So let us ask ourselves would we react the same way if it was for any other mediocre criminal/convict? The answer is steering clear. So why now? Let us accept that The law is reason free from passion.