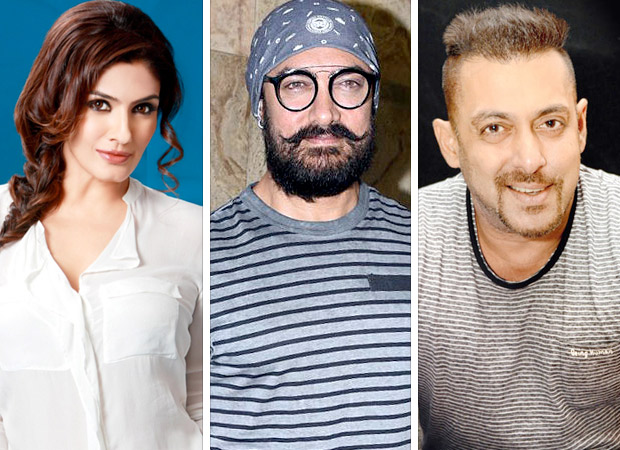 Every Bollywood lover is a fan of the cult classic Aamir Khan and Salman Khan starrer titled Andaz Apna Apna. It's been over 20 years since the movie released but it never fails to evoke laughs till date. Over the years, fans have expressed their demand to have a sequel starring the two Khans.

While talking about the sequel and whether she would like to be a part of it, in an exclusive interview to Bollywood Life, Raveena Tandon had an interesting take on it. The actress starred in the film and was Aamir Khan's love interest. When quizzed about starring in the potential sequel of Andaz Apna Apna, Raveena took a jibe at her co-stars Aamir Khan and Salman Khan and their tendency to work with younger actresses.

Taking a friendly dig, Raveena Tandon said that she would love to be a part of it but she knows that only her photograph will be hanging on the wall in the film. She said that Aamir Khan and Salman Khan would be putting a garland on her and Karisma Kapoor's photos meaning their wives are dead. Later, she said that Aamir and Salman would run after 21-year-old heroines. So that's how the sequel is going to start.

We wonder what Aamir Khan and Salman Khan have to say about Raveena Tandon sly remarks.

On the work front, Raveena Tandon is currently gearing up for the release of her upcoming film, Maatr. It is a story about a mother's fight to get justice after her daughter is raped and the system fails her.  It is releasing on April 21, 2017.