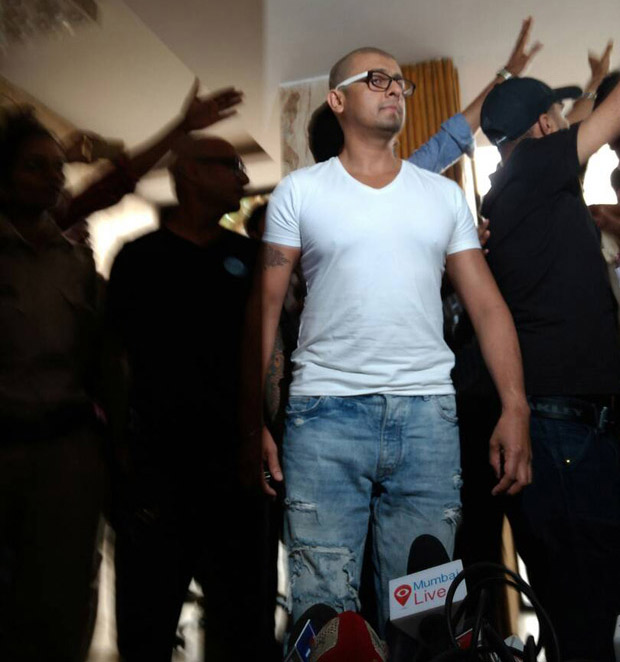 After Sonu Nigam’s tweet on ‘azaan’ snowballed into a controversy, he became a trending topic on the social media. While there were people who supported his stand, there were others who revolted against him. We had even reported about Syed Sha Atef Ali Al Quaderi, (Vice President- West Bengal Minority United Council) who had announced an award of Rs. 10 lakhs for that person who could shave Sonu Nigam’s head, put a garland of old torn shoes around his neck and tour him around the country. As a reply to his comment, Sonu Nigam called upon the celebrity hairstylist Aalim in order to shave his head. 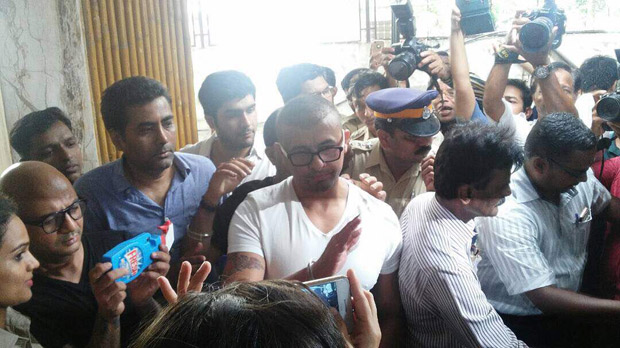 Today, Sonu Nigam addressed the press before shaving off his head. Speaking about the same, Sonu Nigam said, “I'll shave my head in a while. It's not a challenge. It's a request. What are you doing in this country? I am a believer but I don't think my religion is the Best But yours isn't. I don't believe in that. You have to fight fanaticism, you can't be quite. I have requested Alim to come. He will shave my head but it isn't any agitation or challenge. The one who is cutting hair is a Muslim and I am a Hindu. There is no animosity. The same language of fatwa can be communicated in a language of love. Being secular means understanding each other's problems and not saying 'I am only right.' Aazan zaruri hai, loudspeaker nahi. Ahmed patel saab said the same. Aarti zaruri hai, loudspeaker nahi. That's my only point. Point is about the timing. Loudspeaker shouldn't be used at a wrong time. Even when we perform, there is a proper time. All I wanted was to be considerate with each other like all the big countries in the world. Everyone has right to opinion. My opinion is, in temple masjid, gurudwara, loudspeakers are not religious necessities. It is not part of a religion, going on from years. When loudspeakers are installed in religious places, it is sort of a declaration that 'this is my religion'. Same goes for people dancing on roads drunk during religious processions. I am against that. I am very secular, I am not right or left wing. I stand in between. Most are right and left wing people but people in the middle are less. I've never had to make a speech like this. I just raised a social topic, not a religious topic.”

Check it Out!! @sonunigam comes in front of the Media in his BALD LOOK, as he shaves off his head as mentioned in his tweets. pic.twitter.com/e7D0lkCdcc

Sonu Nigam is the latest Indian celebrity to…