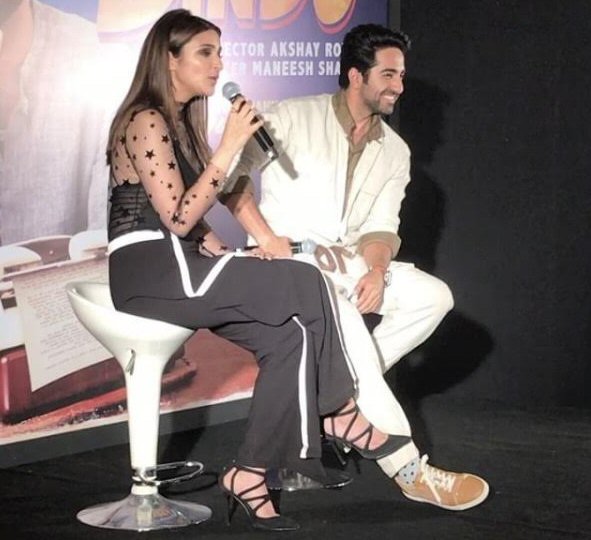 Parineeti Chopra is coming back after one and half year of hiatus with Meri Pyaari Bindu. The actress has had a complete physical transformation and looks stunning in the trailers. The actress also had an opportunity to sing for the first time in the film and song is called ‘Maana Ke Hum Yaar Nahin'.

On Tuesday, Parineeti Chopra and her co-star Ayushmann Khurrana launched the new song 'Yeh Jawaani Teri'. The song features their characters in their college days and has a retro touch to it.

Speaking of retro, Parineeti Chopra got nostalgic about good old days and serenaded the audience by singing 'Piya Toh Se Naina Lage Re'. Sharing the video, she captioned it as, "I SANG MY FAVOURITE SONG!!!!"

Directed by Akshay Roy and produced by Yash Raj Films, Ayushmann Khurrana and Parineeti Chopra starrer Meri Pyaari Bindu is slated to release on May 12 this year.