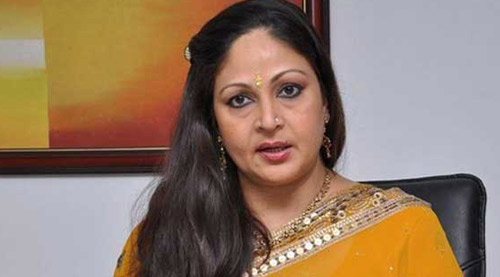 The very gentle and affable Rati Agnihotri isn't the only woman to 'Walk Into Closed Doors' (if one may refer to Roddy Doyle's memorable novel on domestic violence). Bollywood marriages and live-in relationships are dotted with examples of violence.

Years ago, Ranveer Shorey had used his fist on Pooja Bhatt. Boldly, she had gone public with her wounds and she rightly booted the guy out of her life. Others, like Rati Agnihotri, bear the brunt and humiliation of concealed pain for years before exploding.

A friend of the gentle actress reveals, "Rati has tremendous will power. She must have been really pushed to the wall to have reacted."

Rati's friend feels another star-wife, herself an accomplished actress, who has borne with her violent husband's fist-happy ways for decades, should also go public.

But then, that is not easy to do especially, when you have the children's future to consider. TV actresses Shweta Tiwari bore with her then-husband Raja Choudhary's abusive drunken ways for their daughter's sake. She finally walked out with daughter and dignity.

A yesteryears' superstar's wife thought she underwent an overnight fairytale marriage with the most eligible man in the country. She was soon disabused when showered with the eligible superstar's inebriated abuse. She soon found herself in the vortex of unmentionable brutality. She wisely bundled her two kids out of her husband's domestic hell and built a new life for herself.

A renowned TV actress married to a well-known TV actor walked out of an abusive 2-year marriage and married a successful film producer. They've now been married for many years and have beautiful kids.

A violent and abusive producer's son, who was lately visible on a popular reality show, has been known to physically abuse every girlfriend he has been with. Yet, he was recently seen in a relationship with the daughter of a very distinguished film family. Not surprisingly, the relationship went bust within months.

A superstar, who loves to show the world his 'human' side has had open spats with his girlfriend. One of them, a superstar in her own right, punched her so hard she had two black eyes for the world to see and was pushed so hard she broke her arm. Yet, this superstar is regarded by fanazines as a 'hot eligible' bachelor.

An accomplished TV and film actress, who left her abusive husband, says, "It's very important for celebrities to not endure abusive relationships. Whether it is Kim Kardashian abroad or Ratiji here, they've an image to uphold. They need to tell their fans, 'We have zero tolerance for physical abuse'. They need to set the right example. Otherwise, we'll continue to have gruesome crimes against women."