Ranveer Singh on Wednesday shared the first look from his upcoming film Cirkus along with Pooja Hegde. The actors are paired together for the first time and their retro look is definitely something to watch out for. The film is based on The Comedy of Errors, which inspired the Gulzar cult comedy, Angoor and is set in the 1960s’. 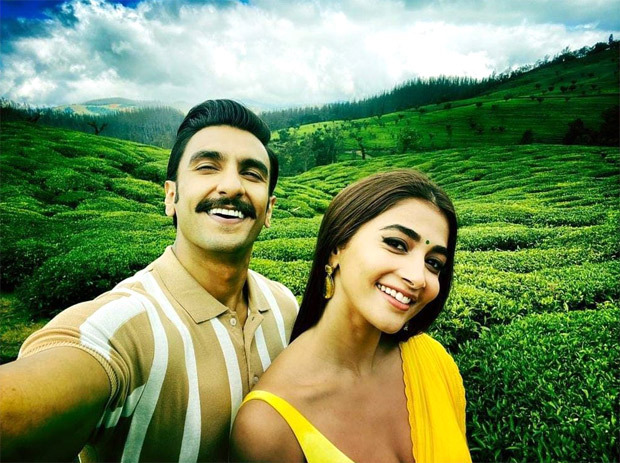 Ranveer Singh shares his retro look with Pooja Hegde from Cirkus, says they were ‘cackling like geese all day’

On Wednesday, Ranveer Singh had an 'Ask Me Anything' Q&A on Instagram stories where he answered many fan questions. When asked what was it like working with Pooja Hegde, he shared a photo and wrote, "Delightful! We are cackling like geese all day!" In the photo, with a slick hairdo, Ranveer wore a striped polo neck brown and white t-shirt with half sleeves. The actress was donning a yellow sleeveless blouse and saree in the photo against a greenery backdrop. 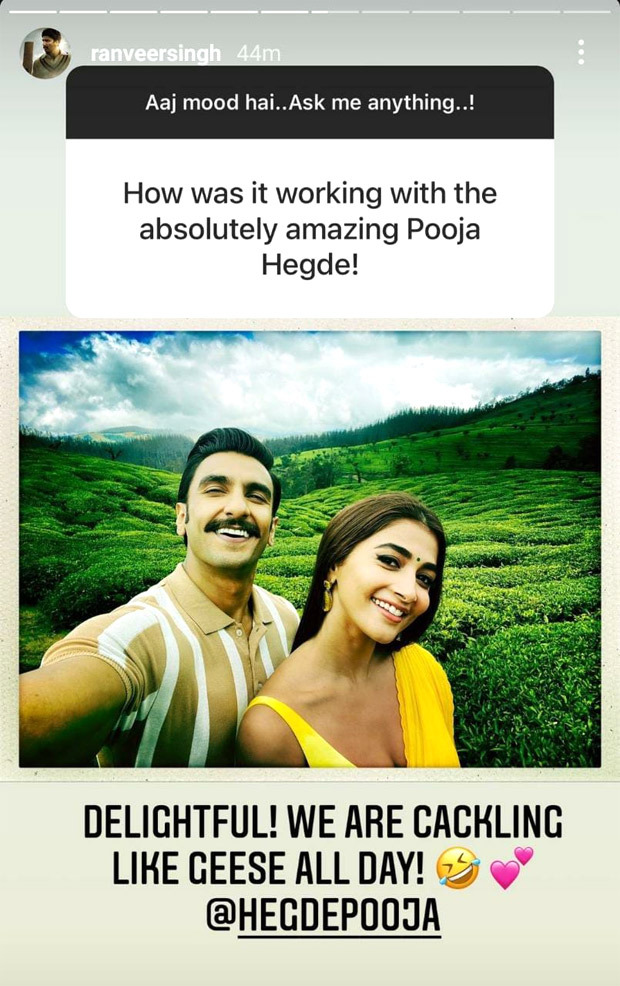 In a recent interview with Bollywood Hungama, Ranveer Singh spoke but how Cirkus is a completely new genre for him and promises that it will make the audiences laugh. "Cirkus is another new genre for me. I am still exploring my repertoire as a performer 10 years down the line doing new things. This is my foray into out-and-out comedy something that you see in a film like Golmaal and the film has actors like Johny Lever, Varun Sharma, and Siddharth Jadhav. It’s an ensemble comedy in which I play a double role. There's nobody better than the man who makes these comedies and has been making and entertaining the audience for so many years. It’s my first foray into the genre with Rohit Shetty," the actor said.

"Cirkus is that out-and-out comedy which I am so happy to present at a time like this. We are all going through such a tough time that the film promises the audience that they can forget all their worries; for 2 hours we will make you laugh and you can laugh along with us. There's complete madness and craziness in the movie. The audience will go back feeling light-hearted. As a performer, I think I am duty-bound to do that. I feel like there is great agony in existence in the world we live in today. Everybody is fighting their own battles. Life has been difficult in the past 2 years and it’s gotten even tougher. We are on this journey of life together and it is my job as an entertainer to tell you a story or do a joke. I'll just ease the burden of this journey of this world we are existing in," he added.

ALSO READ: “I want to make films that are memorable, that connect with people” – Ranveer Singh