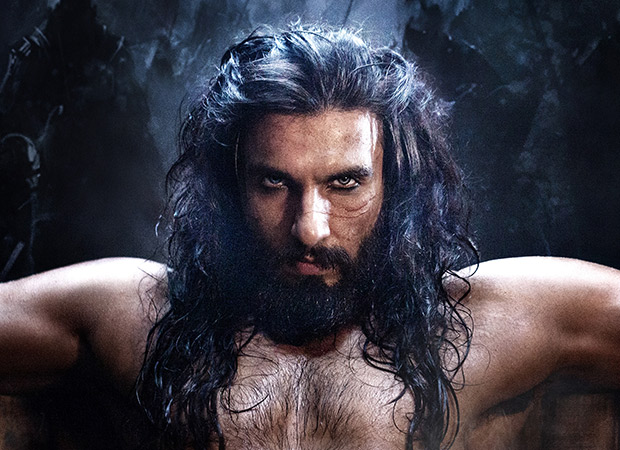 Ranveer Singh has quite a few films in the pipeline. One of the highly anticipated films of the year was Sanjay Leela Bhansali's magnum opus Padmavati which has been voluntarily postponed following the months of protests and threats against the film and the cast.

While Ranveer Singh has not spoken much about the controversies yet, he recently sat down to talk about the film and the challenging process. The first trailer received an immense response from the audience, especially for Ranveer's character as Sultan Alauddin Khilji. Essaying the role of the brutal emperor, Ranveer admitted it was not easy to shoot the film.

Featured on the cover of Rolling Stones India, Ranveer Singh spoke in detail about his film in the cover story. Admitting having tough days on the set, he said, "I had some really tough days where I’d leave the set ki yaar mujhse ho nahi raha hai (I was just not able to pull through.)”

As the film got delayed due to the controversies during shooting, a lot of the portion of Ranveer Singh was shot at once. So, things really got to him and at times, crying was the only option that provided him relief. He said, "Mr. Bhansali has always had a very hands-off approach with me in the previous two films (Goliyon Ki Raasleela Ram-Leela and Bajirao Mastani); he lets me freestyle, but this time he had a clear vision of what he wanted, the way he wanted Alauddin Khilji to be. So, to take his direction and try and apply it was very challenging, sometimes. And there were times I wouldn’t get it and I’d leave the set and cry. And come back and try to finish it. I don’t cry very often, but I am not one of those people who don’t cry either. I cry, it’s okay, it’s healthy.”

Unfortunately, the film has been postponed due to the ongoing protests and threats against the film. Speaking about the same, he said, “I am a very differently wired person, so for me, the process itself is the prize. I really feel for my director and producer, who is very special to me and I have the utmost regard for him as a creative mentor—he really helped me unleash and unlock my potential as an artist, he’s made me the actor that I am today. To see him suffer this way really troubles me, but for my part, just the fact that I went out and shot this film for one full year, is the prize itself.”