Bollywood actors Priyanka Chopra and Ranveer Singh are known to have a close relationship with each other. They have starred in three films- Gunday, Dil Dhadakne Do and Bajirao Mastani. They continue to share an adorable bond and it was very evident through their social media appreciation and banter. 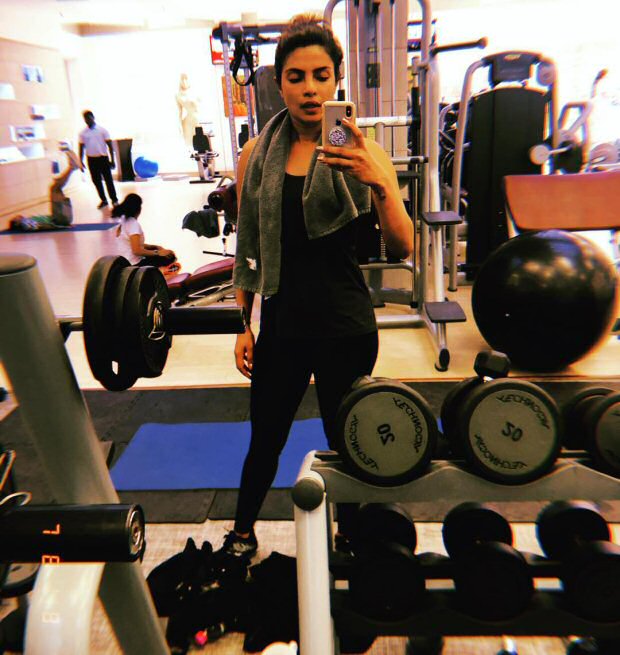 Just a day ago, Priyanka Chopra shared a picture from the gym giving her fans some fitness motivation. It is admitted by Priyanka herself in earlier interviews, she doesn't work out much and basically is a big foodie. So, clearly, some of the fans were surprised when she shared the gym selfie. A shocked Ranveer Singh took this opportunity to make fun of Priyanka saying, “PC working out? Now I’ve seen everything..what you eating post-workout? Chivda? 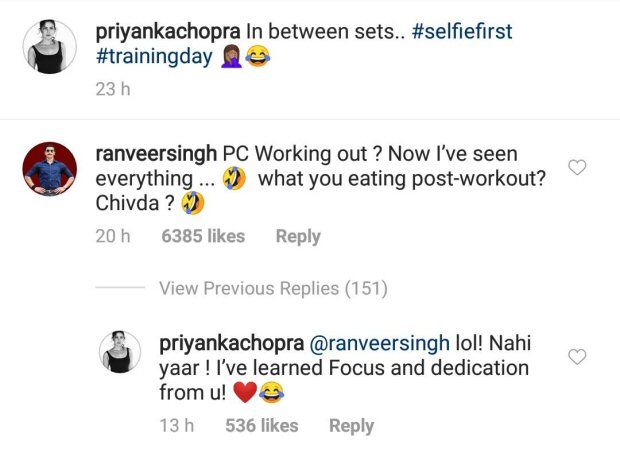 On the work front, Ranveer Singh has completed shooting Zoya Akhtar’s Gully Boy. The film is slated to release on Valentine’s Day, next year. The actor will also be seen in Rohit Shetty’s Simmba at the end of the year with Sara Ali Khan. He is also starring in Kabir Khan’s ’83 which is a biopic on Indian Cricket Team winning the 1983 World Cup. Ranveer will essay the role of Kapil Dev.

Priyanka Chopra recently wrapped up Hollywood flick Isn’t It Romantic alongside Adam Devine, Rebel Wilson and Liam Hemsworth. The film is scheduled for Valentine’s Day release next year. She is also starring in Shonali Bose’s tentatively titled The Sky Is Pink with Farhan Akhtar and Zaira Wasim. Besides these two films, she has booked a leading role in Hollywood film Cowboy Ninja Viking opposite Chris Pratt.

Also Read: Priyanka Chopra talks about never compromising on being a leading day in Hollywood