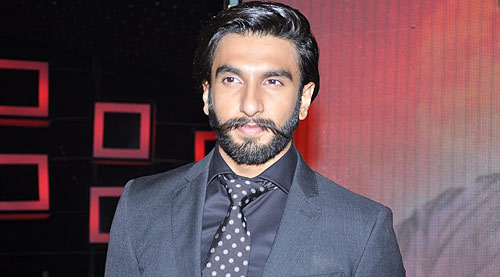 With just 30 days remaining for the release of Bajirao Mastani, it is time for all involved with the film to up the ante. Needless to say, a lot is riding on the film and the mantle is now on its three principle cast members (Ranveer Singh, Deepika Padukone, Priyanka Chopra) and the man on the hot seat, Sanjay Leela Bhansali, to do the talking.


As for the one who can well be expected to be the most animated of them all, the onus is on Ranveer Singh to make it all count.


"Ranveer is someone who is known to speak from the heart. He is neither calculative, nor manipulative. Moreover, the best part about him is that he is not yet conscious of the fact that he enjoys an unparalleled stardom amongst the young generation, other than Varun Dhawan of course. That makes him all the more likeable and adorable. It is this unique mix of an intelligent head over a relaxed persona that sets him apart. He seems casual in his interactions but the fact remains that he is damn serious about what he is in here for," says a close associate.


This is exactly the kind of 'sur' which is expected to be adopted during the promotion of Bajirao Mastani which is now gearing up to step on the paddle and get into the fourth gear.


"He recently unveiled his huge cut out. Last weekend, his ladies Deepika Padukone and Priyanka Chopra had to launch their song 'Pinga' in a lavish event but that got cancelled in the wake of Paris attacks. Nonetheless, there is a lot more planned by the team of Kishore Lulla and Sanjay Leela Bhansali for taking the film forward," a source adds.


With the film's shooting already over, Ranveer is now in sync with the entire promotional and marketing campaign that has been devised for the biggie.


"He is at the disposal of the makers," the source adds, "Needless to say, he has to front it from all ends, and he is prepared for it all. Bajirao Mastani is his biggest film ever. In front of that, Ram Leela could well be a teaser of sorts. If Bhansali was experimenting with him to know what he is capable of, the director has upped his actor's potential quotient with Bajirao Mastani. In terms of Ranveer's characterization, the stage, the setting, the treatment and the grandeur, everything about Bajirao Mastani warrants a larger than life setting. Ranveer has gone through it all; now it is time to make the audience aware about it too."


Well, we are waiting.