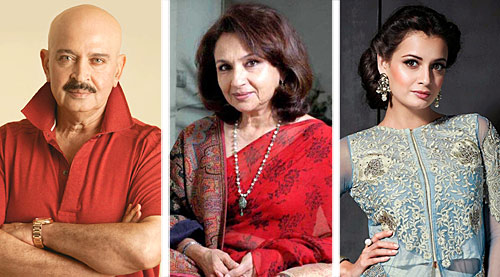 Rakesh Roshan: "I worked with Saeedji in a couple of films, including Kishen Kanhaiya. He had a young heart, very jovial and a very dignified personality. May his

Gautam Ghose: "Very fine actor with pleasant screen presence. One cannot turn one's eyes away from him whenever he is in the frame. Great loss."


Subhash Ghai: "He was an Indian actor with international talent; I had great fun directing him in Ram Lakhan. In every party he would be the last to leave, in the wee hours. I am sure

he's having a ball up there."


Dia Mirza: "One of the most refined actor ever. We have much respect for his craft. He will be missed and always remembered for his contribution to cinema."


Adil Hussain: "He was one actor I always felt brought gravitas and dignity into the role he played! He did bring his goodness into it! An inherent honesty which is rare in today's actor!"

Lilette Dubey: "A path breaker who broke the glass ceiling as a British Asian actor in the 60s and entered mainstream British Television and films and showed his versatility by doing a

hundred Indian films as well.. Admired and respected on both sides. He carved the way for others to follow."