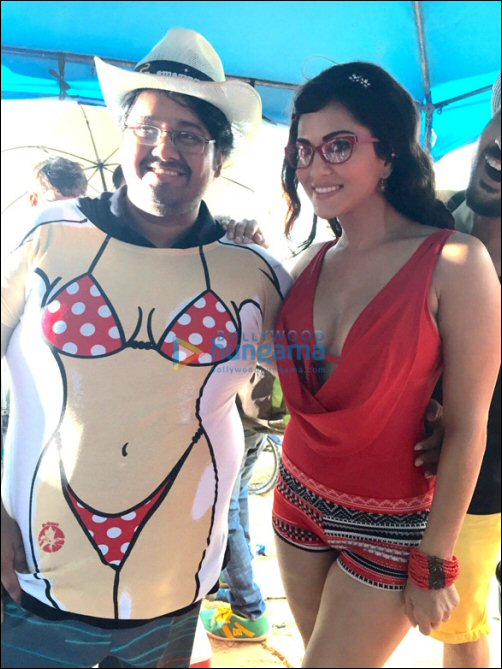 Sunny Leone and Milap Zaveri, who teamed up for the first time for Mastizaade, bonded big time on

Check out: Sunny Leone’s unique gift to Milap Zaveri on his birthday

the sets of the movie and thus became good friends. Recently, when Milap celebrated his birthday, Sunny sent 'bikini' t-shirts

to the birthday boy since he made her wear bikinis for most of the scenes in the movie.

Milap informs, "In a way, Sunny took bikini revenge for the numerous bikinis she had to wear in Mastizaade! Along with

some bikini t-shirts, she also gifted me some funny slogan t-shirts. Sunny is a thorough professional and it was amazing to

Mastizaade is directed by Milap Milan Zaveri and also features Tusshar Kapoor, Vir Das and Riteish Deshmukh in an

extended cameo. The film produced by Pritish Nandy and Rangita Nandy is set for release soon.