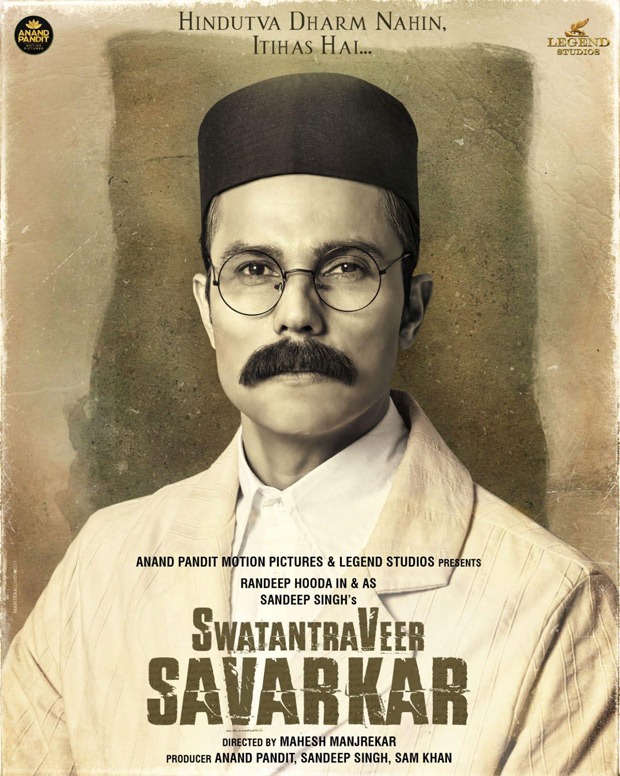 Filmmaker Sandeep Singh shares, “At a time when films of Harshad Mehta, Vijay Mallya, and Lalit Modi are trending, I am more interested in telling the story of Veer Savarkar’s life. He was the first dynamic hero of India and the only man who could have saved the Partition in 1947. Through this film, I, not only as a filmmaker, but most importantly as an Indian, want to tell the world the facts about Savarkar’s struggle. His courageous fight for freedom, his fearless persona which scared the British, and his commitment for Hindutva till his last breath is heavily inspiring. He is the most misunderstood hero and it is high time that we understand him, and moreover celebrate this rebel. He never got what he deserved and hence, I plead that Savarkar should be gracefully awarded with the Bharat Ratan and Nobel Prize.”

Producer Anand Pandit, shared, “Randeep has time and again showcased his skill set as an actor and moreover, shown that he can transform into the character he portrays. But in case of Savarkar, there is an added dynamic because of his uncanny resemblance to the freedom fighter. I am a lover of history and excited to have the cinematic privilege to bring to 70 mm the story of a leader whose story must be told.”

Director Mahesh Manjrekar states, "People may have different versions in their mind for Savarkar but as a filmmaker, I’m trying to match the same thought which Savarkar had. So, the character of Savarkar in the film will not have any difference from what Savarkar was in real life. He was the iconic freedom fighter and we'll ensure that he's never forgotten ever by any Indian.”

Actor Randeep Hooda shared, “This is a salute to one of the tallest unsung heroes of India’s struggle for freedom and self-actualisation. I hope I can live up to the challenge of filling such big shoes of a true revolutionary and tell his real story which had been brushed under the carpet for so long..”