Bollywood actor Ranbir Kapoor has resumed work post the lockdown. He was recently spotted dressed in a khaki police uniform on the set. 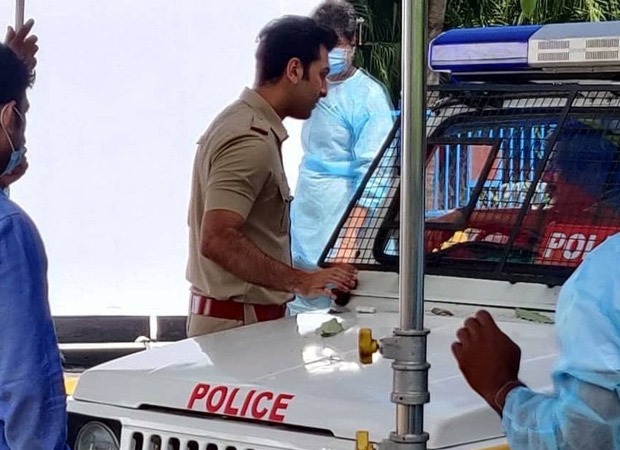 Pictures of Ranbir shooting as a police officer has gone viral on social media with his fan pages posting them. Fans were thrilled to see the actor in this avatar as he has never played a police officer in any of his films. In one of the pictures, Ranbir is seen standing near a police jeep. In another picture, he is seen sitting on a chair along with his co-actors. Reportedly, the actor was shooting for an advertisement.

Meanwhile, Ranbir Kapoor along with Alia Bhatt began dubbing for their upcoming film Brahmastra. Ahead of the film's release, the actors' videos will be released that will act as teasers to explain the world of Brahmastra. For the same, Alia and Ranbir, who play Isha and Shiva, have been visiting the dubbing studio. The special video series is simultaneously being edited.